Nitish Kumar, who has taken the prohibition in a mission mode, highlighted positive impacts of liquor ban in the state since April 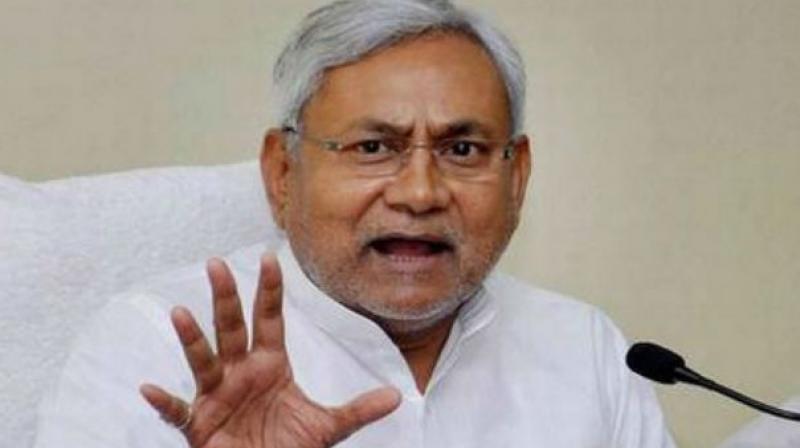 Madhepura (Bihar): Hailing the Supreme Court order to ban all liquor shops on national and state highways across the country, Bihar Chief Minister Nitish Kumar on Friday said it vindicated prohibition decision in the state.

"The apex court order banning all liquor shops within 500 metre radius of national as well state highways has vindicated our decision to implement total prohibition in Bihar," Kumar said addressing 'Chetna Sabha' here as part of his 'Nishchay yatra'.

"I had suggested Union Surface Transport minister Nitin Gadkari earlier that prohibition would help control accidents on national highways and now Supreme Court has given an order on this," the JD(U) chief said.

He was addressing the meeting as part of the fourth phase of his 'Nishchay Yatra' to take feedback from people on the effectiveness of the prohibition as well as preparation for implementation of "Seven Resolves" of development.

Kumar, who has taken the prohibition in a mission mode, highlighted positive impacts of liquor ban in the state since April by way of hike in consumption of milk, sweets, garments and furniture among others.

The chief minister said to check illegal transportation of alcohol from far-off Haryana and neighbouring states of West Bengal, Jharkhand, Uttar Pradesh, and Nepal, police should prepare a dossier of those engaged in liquor trade before prohibition.

"Garland persons who have shifted to other profession from liquor trade and catch those still involved in the business surreptitiously," he said.

Kumar, accompanied by ministerial colleagues Bijendra Prasad Yadav and Chandresekhar, exhorted women to keep a tab on those who still manage to buy liquor illegally and inform concerned officials for action.

He also asked them to be vigilant to see that habitual drinkers have not shifted to equally harmful dry intoxicants like opium.

Kumar mentioned beneficial programmes under the "Seven Resolves" adopted as "sushasan" (good governance) which included beneficiary schemes for youths, providing electricity connection, sewage, drinking water and toilet to every household in the state.