Several party leaders are of the view that Mr Gandhi has raised the pitch high and that the issue cannot be ignored. 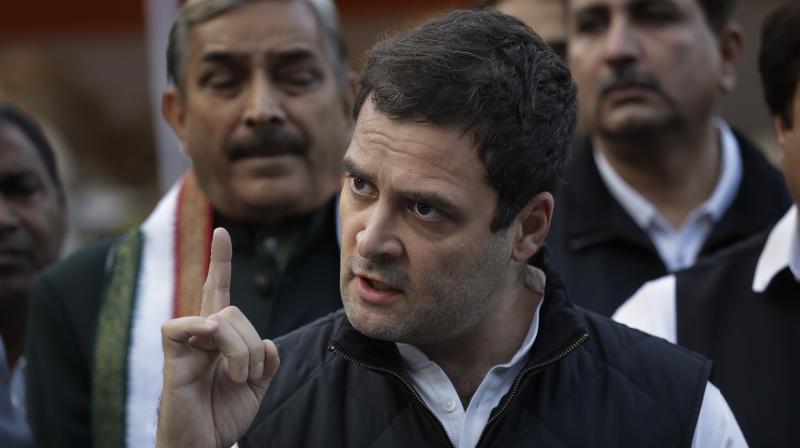 New Delhi: After Congress vice-president Rahul Gandhi hit out at Prime Minister Narendra Modi on Wednesday, alleging he has the evidence of corruption by the PM, which he wants to place before the Lok Sabha, the party is now working on plan B to corner the PM.

Sources say if Mr Gandhi is not allowed to speak in the Lok Sabha, especially because Friday is the last day of the Winter Session of Parliament, he may take to streets to raise the issue.

Several party leaders are of the view that Mr Gandhi has raised the pitch high and that the issue cannot be ignored. However, it’s not clear weather he will raise it in a public rally or wait for the next session of Parliament.

In all likelihood, Mr Gandhi will address a rally in poll-bound states of Punjab or Uttar Pradesh or hold a big rally in Delhi. The senior leadership of the party may take the final call over the issue soon.

Mr Gandhi has already planned two rallies in UP against the demonetisation on December 19 and December 22. He will also address a rally on the birth anniversary of former PM Indira Gandhi in Belgavi, Karnataka, on December 17.

This is the first time that a direct attack has been made on the PM alleging corruption by him. The government and the Congress-led Opposition have been locked in a duel in Parliament with both sides accusing each other of not letting them speak.