She said that no action has been taken against the accused despite the matter being heard in the Supreme Court. 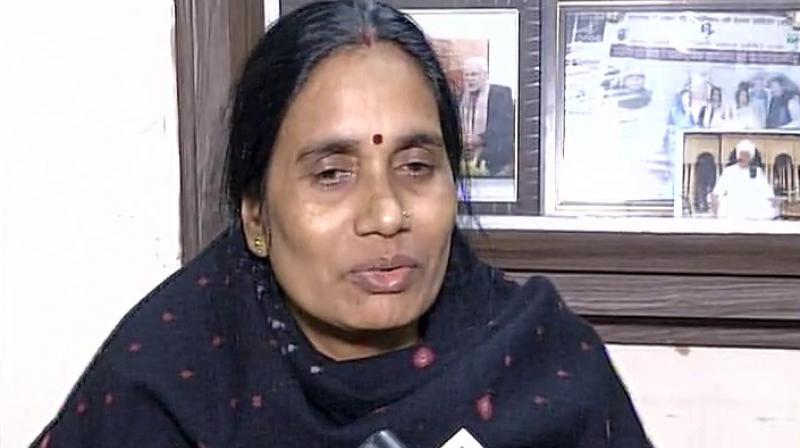 New Delhi: Extremely upset with the fact that justice has not been meted out to her daughter despite four years after the horrific December 16 gangrape incident, Nirbhaya's mother on Friday said that no action has been taken against the accused despite the matter being heard in the Supreme Court and added that the situation remains the same as nobody is scared of the law.

"It has been four years today, but till now justice has not been served to her (Nirbhaya). We have been trying a lot from the past four years to ensure that she gets justice, yet the accused have not been punished. The case is pending in the Supreme Court, but still we don't know when she will get justice," said Nirbhaya's mother Asha Devi.

"Even today the same thing is happening, small children are being assaulted which indicate that the law of the country is not working properly as it should. Nobody is scared of the law," she said.

Nirbhaya was brutally gangraped on the intervening night of December 16, 2012, in a moving bus in South Delhi. The incident took place while she was returning with a friend after watching a movie. She died 13 days after the incident at a hospital in Singapore.

Of the six men arrested in the case, one of the accused Ram Singh hanged himself in prison in March 2013, while another man, who was a juvenile at the time of the crime, was convicted in August and will serve the maximum sentence of three years in a reform home.

The other four, Akshay, Vinay Sharma, Pawan and Mukesh were found guilty and sentenced to death by the Delhi High Court in September 2013. The men have challenged the death sentence in the Supreme Court, which is currently hearing their appeal.