Abdul Jabbar had rehabilitated over 6000 survivors by providing them vocational training. 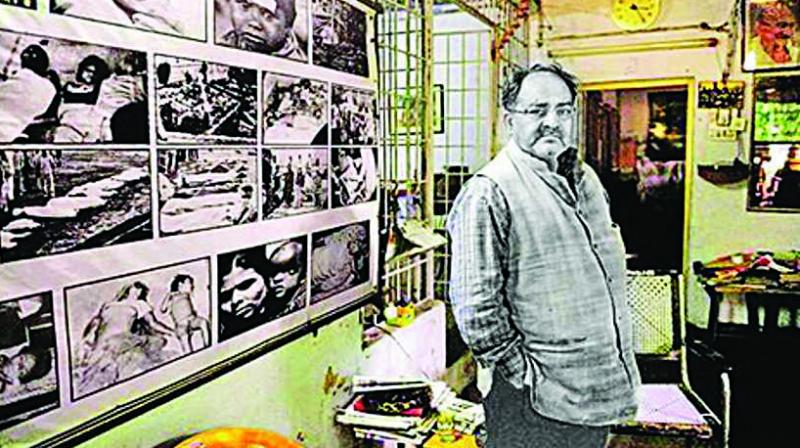 Abdul Jabbar, alias “Jabbar Bhai”, as he was famously known in the city of Bhopal, died of cardiac arrest.

Bhopal: Abdul Jabbar, a key figure in the iconic struggle for justice by survivors of 1984 Bhopal gas tragedy, died literally in penury late on Thursday night after prolonged illness. He was 63.

“Jabbar Bhai”, as he was famously known in city of Bhopal, died of cardiac arrest in a private hospital here while waiting for help from state government to arrange proper medical facility for him.

His death, ironically, came barely an hour after chief minister Kamal Nath announced to shift him to a specialised hospital in Delhi in air ambulance. His never-say-die spirit had inspired the poverty-stricken survivors to carry on their fight for three and half decades, billed as the longest stir in the world, not only to get justice but also bring to book the ‘high and mighty’ responsible for the catastrophe.

His relentless efforts had led to revision of a verdict by Supreme Court in 1989 to fix criminal accountability on the promoters of Union Carbide for causing the tragedy that had left more than 15,000 people dead and over one lakh others maimed after being exposed to the deadly methyl isocyanate (MIC) gas leaked from the pesticide plant of the multi-national company’s factory in Bhopal on the intervening night of December 2-3, 1984.

“My biggest regret is that I had failed to get the then chief executive officer (CEO) of Union Carbide Warren Anderson to face the law in India for the disaster”, the activist had earlier told this newspaper.

He had also filed a case in a court here to bring to book the then district collector Moti Singh for ‘facilitating’ the escape of Anderson, who died recently, from India.

Jabbar, as he had earlier narrated before this newspaper, was walking along with a friend to his house near the Union Carbide plant in Bhopal on the fateful night when he smelt the air pungent and suspected leakage of poisonous gas.

The activist who lost 50 percent of his vision and developed respiratory problem following exposure to the gas, had lost his mother and elder brother in the incident later.

He used to organise gathering of survivors in sprawling Shajahan Park here every Saturday for the last 35 years to keep their morale high to continue the struggle. He had rehabilitated over 6000 survivors by providing them vocational training. He had also saved many people during communal riots in Bhopal in 1992 by making ‘round-the-clock’ vigil in the affected areas.