‘What’s going on in Delhi?’ Kejriwal on AAP councillor attack

'20 to 25 men not only fired bullets but also tried to break in. They threatened to kill me before leaving,' AAP councillor said. 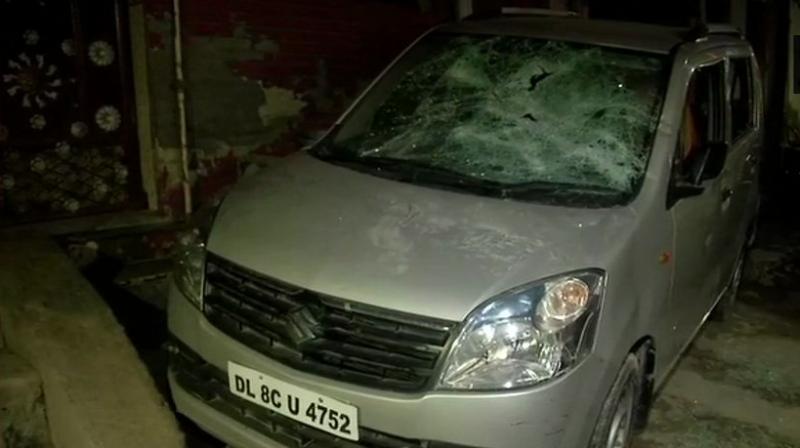 Parts of the house were damaged in the attack and a car and three bikes parked outside his home were also vandalised. (Photo: Twitter | ANI)

Delhi Chief Minister Arvind Kejriwal condemned the attack that put the life of his party’s councillor from Sangam Vihar in danger.

"What is going on in Delhi?" Kejriwal tweeted.

According to a report in Hindustan Times, Jitendra Kumar said he was present in his home with his relatives, who had come to attend his wedding scheduled on November 19, when the firing started around 6:30 pm.

"There were 20 to 25 men. They not only fired bullets but also tried to break in. They threatened to kill me before leaving,” Kumar told news agency ANI.

Parts of the house were damaged in the attack and a car and three bikes parked outside his home were also vandalised. Following the attack, a team of Delhi police surrounded the house and secured the site.

Kumar alleged that the attack was “politically motivated”.

The AAP also claimed that the attack on its councillor was driven by political motivations.

“Multiple rounds fired on the house of Jitendra Kumar AAP’s councillor from Sangam Vihar (ward 83S), who hails from UP. (It) Appears to be a politically motivated attack. If such is the case of elected representatives, one can only imagine the plight of a common man in this lawlessness,” AAP’s south Delhi Lok Sabha constituency in-charge Raghav Chadha said in a tweet.

Meanwhile, the police said that an investigation is underway to nab the accused.