The KMSS and Assam Jatiyatabadi Yuba Chhatra Parishad (AJYCP) on Thursday urged the government to release the arrested protesters. 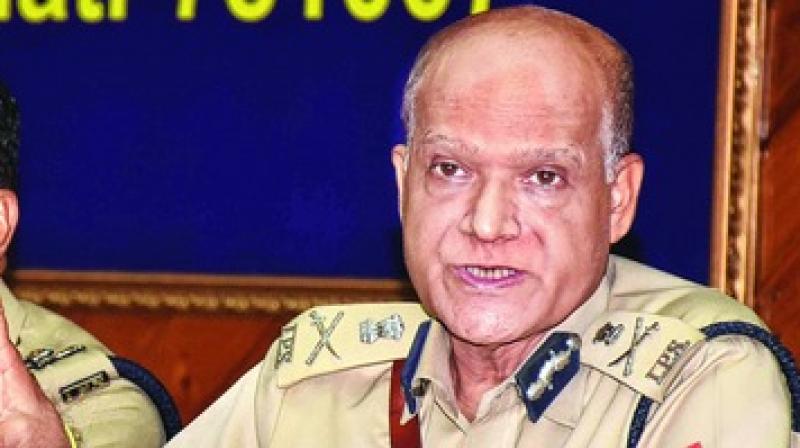 The Director General of Police Kuladhar Saikia on Thursday warned that administration would take strong steps against anyone trying to break the law. (Photo: PTI)

Guwahati: Fearing unruly scene during the protest march to what they are calling— Sankalpa Shikha Jatra’ by Krishak Mukti Sangram Samiti having the support of 70 indigenous organisations against citizenship bill on Friday, the state administration has imposed Section 144 banning the assembling of more than five people at once place in the capital city area.

The Director General of Police Kuladhar Saikia on Thursday warned that administration would take strong steps against anyone trying to break the law. “We are keepin g a close watch on the situation,” he said.

The KMSS led by noted RTI activist Akhil Gogoi which had launched a mass contact journey all over the state to create awareness against the proposed Citizenship (Amendment) Bill 2016 is determined to conclude his protest march in Dispur on Friday. The state administration has not granted them permission to hold the concluding rally in Guwahati but leader of these organisations have threatened to defy the government order by gathering in large number near Dispur capital complex to register their protest.

Earlier during the day, police arrested the protesters from Sadia, Dhubri and Diphu at Tamulpur and Sipajhar while they were proceeding towards Guwahati.

The KMSS and Assam Jatiyatabadi Yuba Chhatra Parishad  (AJYCP) on Thursday urged the government to release the arrested protesters. They also claimed that the protesters didn’t cause any trouble and peacefully marching towards Guwahati.

The KMSS leaders claimed that protestors belonging to 70 indigenous groups from all over the state would assemble near Janata Bhawan the capital complex on Friday. “We had sought the permission to hold this protest march but police turned it down because of political reasons,” he said adding that even after that they are determined to hold the protest march on Friday.

It is significant that section 144 of the Criminal Procedure Code prohibits assembly of more than 5 persons, agitation, demonstration, processions and shouting slogans in the entire West Police District covering areas under Bharalumukh, Fatshil Ambari, Gorchuk, Jalukbari and Azara Police Station without prior permission from the competent authority.

The KMSS leaders also feared that that BJP and RSS workers are also planning to attack the protesters on Friday in Guwahati.