India   All India  16 Nov 2016  Hardship may continue for a month: Rajnath Singh on demonetisation
India, All India

Hardship may continue for a month: Rajnath Singh on demonetisation

Singh asked the people to bear with the difficulties for some time as it would usher in a bright future in the long run. 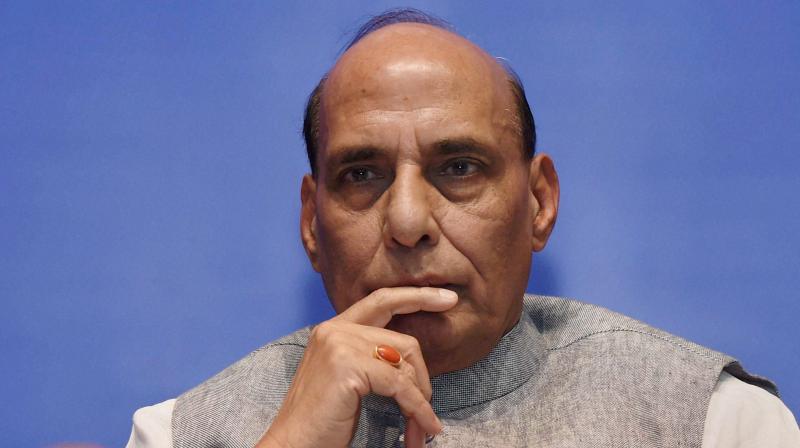 Rewari, Haryana: The hardship arising out of demonetisation may continue for around a month, Union Home Minister Rajnath Singh said on Wednesday, describing the move as the first step towards achieving economic and social freedom.

Speaking at a rally here, Singh asked the people to bear with the difficulties for some time as it would usher in a bright future in the long run.

"It wasn't a small decision. We admit that people will face hardships for at least a month but it will be beneficial in the long term. A few political parties are opposing it. But bear with it for some time. We will give you a bright future.

"India has got political freedom but we need economic and social freedom. We want economic inequality to end. The demonetisation of Rs 500 and Rs 1,000 notes is the first step towards that. It will help bring transparency in Indian politics," he said.

At the 'Martyrs' Rally' organised by Minister of State for Urban Development and Housing Rao Inderjit Singh, the Home Minister also hit out at Pakistan for betraying the trust India reposed in it after the Narendra Modi government came to power in 2014.

Singh didn't refer to the issue of 'One Rank, One Pension' (OROP) even once in his speech at the rally that was also attended by Haryana Chief Minister ML Khattar and several ministers of the Haryana government and MLAs.

This assumed importance as Narendra Modi had promised to implement OROP from the similar venue before the 2014 Lok Sabha election, two days before he was declared BJP's prime ministerial candidate.

He said that "terrorism is the weapon of the coward" and claimed that this government which "has a strong heart" has brought down extremism and Naxalism significantly over the last two years.

Defence Minister Manohar Parrikar was supposed to address the rally but he couldn't come as he was unwell, Singh said.