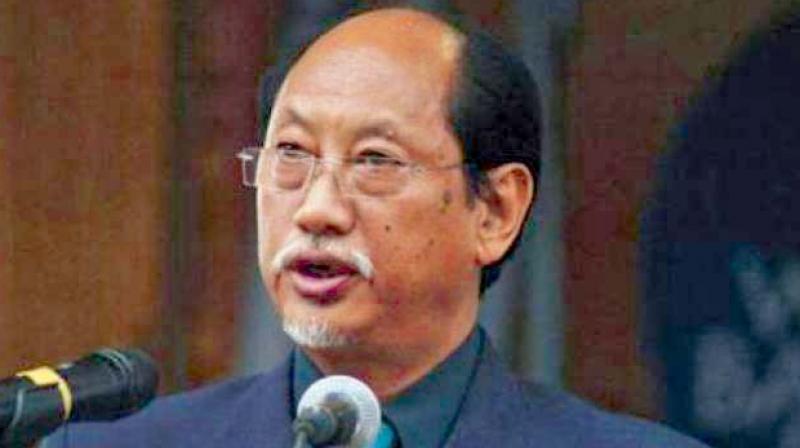 Guwahati: The crucial consultative meet on Naga peace-talks with civil society groups and stakeholders on Thursday concluded with an appeal to facilitate the peace process and strengthen the ongoing negotiation for an early realisation of the desired “one solution” in a transparent manner.

The consultative meet hosted by the Government of Nagaland at Kohima was attended by 39 organisations,  including 14 Naga Tribal Hohos, Naga hoho and Naga Mothers’ Association along with church organisations, NGOs, political parties and many mass based organisations.

However, BJP spokesperson Mhonlumo Kikon told reporters that consultative meet passed the resolution unanimously, the president of Naga Hoho claimed that they walked out of the meeting as they were not allowed to speak. Some of the leading civil society groups like Naga Gaon Burha (GB) Federation did not turn up to attend the meeting.

Pointing out that all the organisations invited for the meeting were allotted time to speak, Kikon said that consultation meet appreciated the Government of India for acknowledging the unique history of Nagas and recognising the Naga issue as a political issue.

The consultative meet through its seven point resolution appealed to the Naga political groups to honour and respect the “covenant of reconciliation and maintain the sanctity of non-violence in letter and spirit for shared Naga future as members of one Naga family”.

The consultative meet also appealed to the negotiating groups to come together “under a spirit of oneness, mutual trust and understanding with sincerity and commitment towards achieving one solution for one people as early as possible”.

The consultative meet in its resolution also thanked and expressed gratitude to the civil society and the Church for consistent support towards the Naga cause and making constant efforts towards reconciliation and oneness.

Earlier, Nagaland chief minister Neiphu Rio, in his address to the consultative meet, referred his meeting with Union home minister Amit Shah and said, “The Government of India have made it clear and further reiterated that there will be only “One Solution” for the Indo-Naga political issue. This message from government of India has been very clear, and one of the reasons for today’s consultative meeting is this message.”

He said, “Having understood that there will be only one solution, we need to deliberate and support the peace process, strengthen the negotiations and facilitate the journey towards achievement of this “One Solution” at the earliest.”

He went on to recollect Naga people's history and said, “Since the beginning of the Naga consciousness with our exposure during the First World War, followed by the formation of the Naga Club, Memorandum to the Simon Commission, formation of the Naga National Council (NNC), till now, the Naga journey has been long, arduous and filled with pain, suffering and sacrifices. Along the way, there have been significant achievements with stories of triumph, while there have also been failures. Looking back at history, we must come to an understanding that our achievements and our failures are all collective. We need to cross the bridge of blame and move towards a matured approach of collective responsibility for all our achievements and failures. Only then, can we move forward, towards a progressive environment of A Shared Future Together,” said the Nagaland chief minister.