'Central forces are made to do inhuman work and they should be withdrawn as early as possible,' Dilip Ghosh asserted. 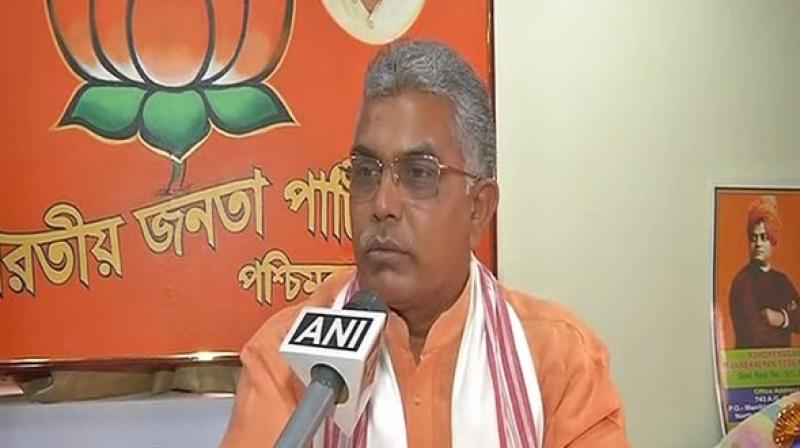 Bharatiya Janata Party West Bengal president Dilip Ghosh also said that people in Darjeeling fear police and where the police are meant to give them protection, they oppress them. (Photo: ANI)

"In the name of all-party meeting, CM Mamata Banerjee does drama. She calls people of her own choice. No one is with Binay Tamang in the hills and any decision taken by Mamata and Tamang will not be accepted," said Dilip Ghosh.

Ghosh said that the people of Darjeeling are upset with Mamata Banerjee-led Trinamool Congress (TMC) government, "People in the Darjeeling Valley are upset with the attitude of TMC government. When people protest against them then they are dealt with central police forces who torture them".

Stressing on the fact that there is no need of central forces in Darjeeling, Dilip Ghosh said, "Police have got the capacity to control the situation but it is done by the Central police. People fear police and where the police are meant to give them protection, it oppresses them."

When asked about Binay Tamang's Sunday meeting with the Governor of West Bengal, Dilip Ghosh said, "The Chairman should talk to the Chief Minister rather than the Governor. He should ask the CM to sit with the Centre. The governor will do his work but the authority lies with the CM."

On Sunday, the Ministry of Home Affairs (MHA) has informed that the Centre will be withdrawing seven companies of Central Reserve Police Force (CRPF) and three companies of Sashastra Seema Bal (SSB), that are deployed in Darjeeling and Kalimpong from October 16.