The samples for the 'Touch-DNA' test are sent to UK as there’s no facility in the country to carry this sophisticated scientific tests. 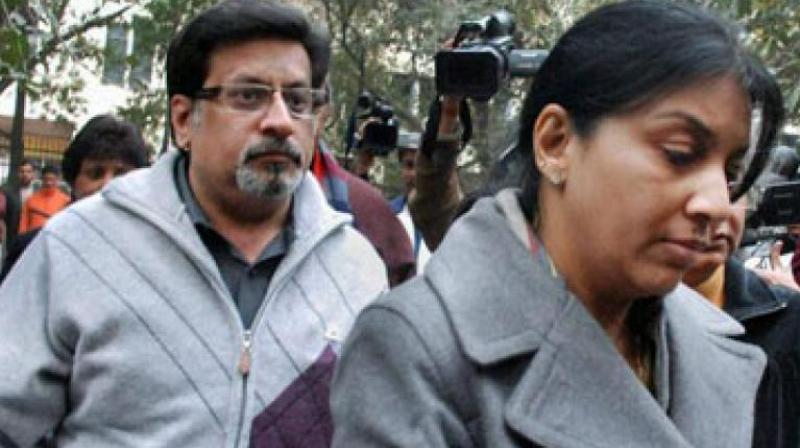 File photo of dentist couple Nupur Talwar and Rajesh Talwar, who were on Thursday acquitted by the Allahabad High Court in the twin murder case of her daughter Aarushi and domestic help Hemraj. (Photo: PTI)

New Delhi: Even as the CBI maintained that it’s investigators collected all circumstantial and “scientific” evidence in the Aarushi-Hemraj double murder case to nail the accused, the CBI did not go for the crucial “‘Touch-DNA” as it was apparently “expensive”.

The samples for the “Touch-DNA” test are sent to UK as there’s no facility in the country to carry this sophisticated scientific tests.

“Rajesh Talwar had initially stressed the need for the LCN or Touch DNA test to establish his innocence in the case. The agency had approached four overseas laboratories for the test. There was only one UK-based lab that agreed to develop DNA from the exhibits with LCN technique. Due to the cost factor and experts opinion that the method is not foolproof, it was felt by the investigation agency to concentrate on the material at hand instead of embarking on a wild goose chase,” sources said.

“Touch-DNA” is a forensic method for analysing DNA left at the scene of a crime.

Nine years after being accused and charged of murdering their daughter, Aarushi, the parents, Rajesh and Nupur Talwar, were acquitted by the Allahabad high court on Thursday.

“Neither the circumstances nor the evidence was enough to hold them (Talwars) guilty,” said the high court in its order. 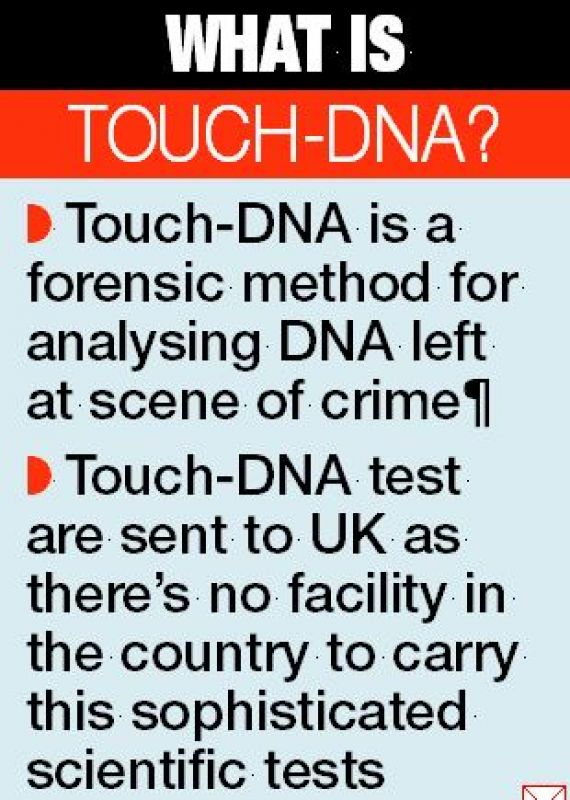 Incidentally, a section of top CBI officials were against spending around Rs 50 lakh for the tests claiming that the DNA samples had already been contaminated.

“A smaller section in the agency, however, pushed for it but the overwhelming decision went against them,” sources said.

In its 273-page verdict acquitting the dentist couple, the high court also said the prosecution “miserably failed” to prove that the Talwars had destroyed material evidence and added that the finding recorded to the contrary by the trial court could not be maintained.

Coming down heavily on the prosecution, the court said that on careful evaluation of the evidence of four police personnel, it transpired that the prosecution witnesses made material improvements in their evidence tendered during the trial.

Meanwhile, the dentist couple, who are expected to be released from Dasna jail on Monday, said they intend to return to the prison every fortnight to check their jail patients. The Talwars had helped revive the near defunct dental department at the prison hospital, said a senior jail official.

“We were concerned about the fate of our dental department after their (Talwars) release. They have assured us that they would visit jail to attend to inmates every 15 days even after their release,” said the official.