Sources stated that the companies registered in India has to go through the FDI process if their foreign investment goes beyond the prescribed limit. 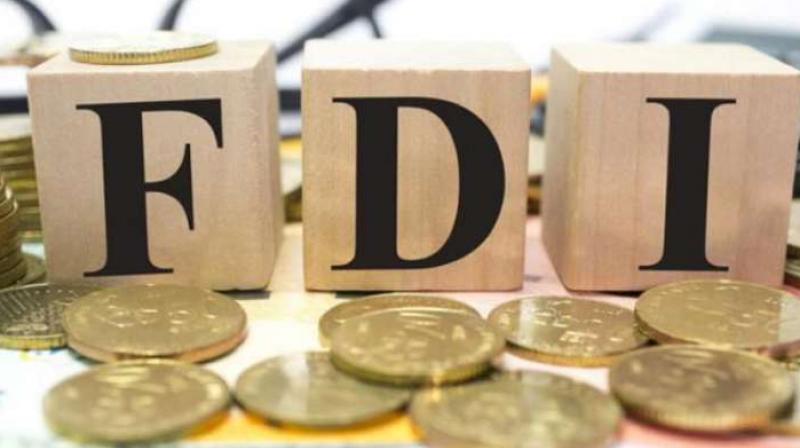 Sources stated that the sector continues to be hit by confusion as the government is yet to outline both its objective and intent.

New Delhi: Despite the Union Cabinet approving 26 per cent foreign direct investment (FDI) in digital news media almost a fortnight ago confusion persists on the issue as the sector continues to see it as an attempt at regulating online content and restricting the growth of the industry.

Sources stated that the sector continues to be hit by confusion as the government is yet to outline both its objective and intent. The move, being seen as an attempt to regulating the digital news content in the country, has been apparently stuck between the Union Information Technology and Information and Broadcasting ministries over issues regarding its jurisdiction.

Industry sources stated that the Union cabinet’s decision to bring in 26 percent FDI norms in the sector has led to a confusion in the sector as several companies, including BBC India’s digital operations, stare at possible closure of its operation leading to job loss or legal troubles ahead.

The cabinet approval, which came on August 29 has also created a peculiar problem as the web based companies are so far come under the ambit of the Information Technology Act administered by the information and technology ministry.

However, the new law proposes to make information and broadcasting ministry as nodal ministry to administer the proposed 26 per cent FDI ceiling and thus extend the scope of content regulation by the I&B Ministry.

Sources stated that the companies registered in India has to go through the FDI process if their foreign investment goes beyond the prescribed limit of 26 per cent.  The ministry is yet to finalise an FDI policy and no further announcement ever since the cabinet decision, sources added.

The sector will go for a rejig as online media companies and web portals and content aggregators have to shed FDI beyond 26 percent and find local partners to meet government regulations, sources added.

Giving another example, sources said, a leading new broadcaster which presently operates with  a 49 per cent FDI will now need to rejig its website operations as only 26 percent will be allowed in the case of their website business.

The Centre had earlier approved 26 per cent FDI in print media and 49 per cent for news channels with no clarity on the digital news portals.

“The extant FDI policy provides for 49 per cent FDI under approval route in uplinking of news and current affairs TV channels. It has been decided to permit 26 per cent FDI under government route for uploading streaming of news and current affairs through digital media, on the lines of print media,” a government statement issued by the Press Information Bureau (PIB) stated.

Industry sources also pointed out that Internet is borderless and nowhere in the world anyone needs government permission to set up a digital news site and there are no restrictions on FDI.

Sources also pointed out that equating digital news with newspapers, will also put restriction on the editors of news sites that they need to be Indian citizens. “When the government doesn’t grant accreditation of journalists of online news medium and doesn’t have an advertisement policy for it, why does it want to restrict its growth “ sources ask.