Poor didn't get their due rights in 70 years of Congress rule: Amit Shah

Shah said that the Congress party wants to keep the illegal immigrants in the country, while his party has pledged to weed them out. 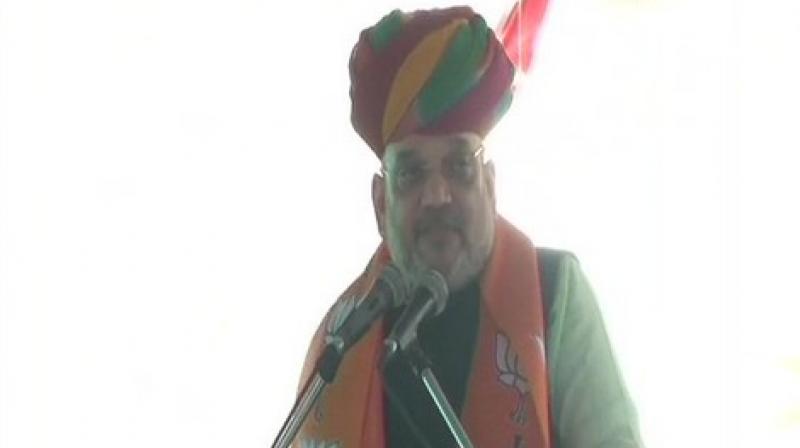 Pali: Bharatiya Janata Party (BJP) president Amit Shah on Sunday said that Congress ruled India for 70 years but failed to give the poor and the backward people their due rights.

Addressing the Other Backward Classes Sammelan, first rally on day one of his three-day visit to the poll-bound Rajasthan, Shah said, "Congress president Rahul Gandhi's great grandfather Jawaharlal Nehru, grandmother Indira Gandhi, father Rajiv Gandhi and mother Sonia Gandhi ruled India for 70 years yet they did not give the poor and the backward people their due rights."

The BJP chief also accused the Congress of suppressing the backward classes and said that it was the National Democratic Alliance (NDA) government, who passed the backward class commission for the welfare of the concerned section.

Shah's remark came on the ongoing controversy on the release of the second and the final draft of the National Register of Citizens (NRC) list in Assam, which left out names of nearly 40 lakh people.

Ever since the final draft was released, the Opposition has been cornering the Centre for exclusion of people from the list.

This is the BJP chief's second visit to the state in a month. Earlier on September 11, he addressed four programmes in Jaipur. Rajasthan is slated to go for polls later this year.