Ramdev said he would not campaign for BJP in 2019 elections, unlike in 2014 when he actively worked in favour of PM Modi. 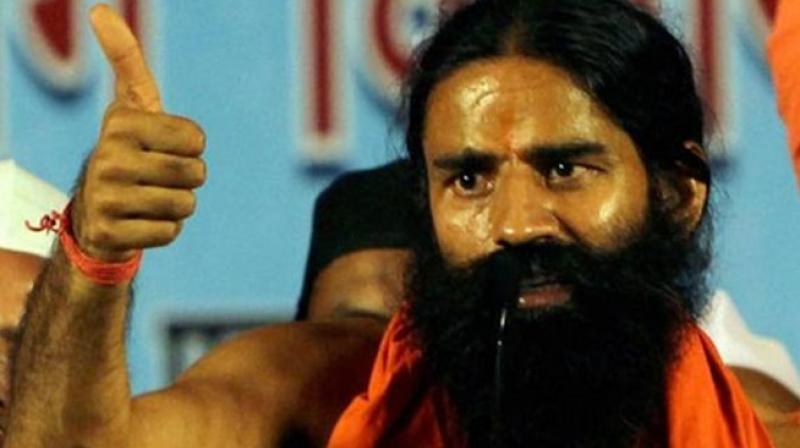 Ramdev said Prime Minister will have to initiate steps to bring down prices including that of petrol and diesel prices soon. (Photo: PTI)

New Delhi: Yogaguru Ramdev Sunday cautioned that price rise across the country, if not controlled soon, may prove costly for the Modi government in the next general elections.

Ramdev also said he would not campaign for the BJP in the 2019 elections, unlike in 2014 when he actively worked in favour of Prime Minister Narendra Modi.

"Many laud the policies of the Modi government, but some need correction now....Price rise is an big issue and Modi ji will have to take corrective measures soon, failing which 'mehngai ki aag to Modi Sarkar ko bahut mehngi padegi' (the fire of rising prices will prove costly for the Modi government," he said at the "NDTV Yuva" conclave.

He said Prime Minister will have to initiate steps to bring down prices including that of petrol and diesel prices soon. Ramdev sidestepped a question on whether he still had faith in Modi which he had reposed in 2014.

He said he was a centrist and was neither a rightist nor a leftist and that no one should needle him as he has adopted "Maun Yoga" (silence) on many crucial issues. Ramdev also said he was a strong nationalist.

"I have withdrawn politically. I am with all the parties and I am independent," he said.

The 52-year-old Yoga teacher said it was people's "fundamental right" to criticise Prime Minister Modi, while stating he has "done good work" such as launching the Clean India mission and not allowing any major scam to happen.

He said the government should bring petrol and diesel under the ambit of Goods and Services Tax and put them in the lowest slab as people's "pockets were being emptied". He said the country will not stop functioning due to revenue loss and this could be made up by imposing more taxes on the rich.

Ramdev also termed as shameful that India was being dubbed as "rape capital" by some due to rising cases of rapes and said yoga can help in its prevention. He alleged "nudity" was one of the reasons responsible for rising crimes and he did not support it.

"I am modern, but modernity does not mean you indulge in nudity. We are living in a civilised society," he added.