India’s first ever certified ‘Dog Park’ comes up in Hyderabad

Spread over 1.3 acres, the park has been developed by the GHMC at a cost of Rs 1.1 crore on a site which was earlier a dump yard. 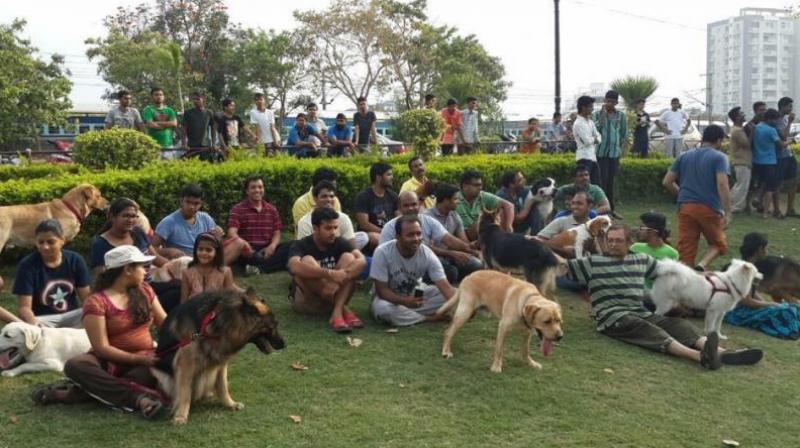 Hyderabad: Billed as the country’s first, an exclusive and certified 'Dog Park' boasting of facilities including a walking track, off-leash areas and a clinic is all set for inauguration at Kondapur here.

Spread over 1.3 acres, the park has been developed by the Greater Hyderabad Municipal Corporation (GHMC) at a cost of Rs 1.1 crore on a site which was earlier a dump yard.

"This is the country’s first exclusive and first certified Dog Park. There will also be a Vet on site apart from a dog trainer, protocols for cleaning as per standards and free vaccination will be administered (to the pets)", GHMC Zonal Commissioner D Harichandana told news agency PTI.

Harichandana, a dog lover himself, said she had seen similar dog parks abroad and thought why not have such international standard parks here.

"We called up the landscape designers, pet consultants and put in place proper equipment. We developed this park over the past one year," she said.

According to a survey, there are about 2.5 lakh pet owners in the West Zone and the Central Zone limits of the city which are nearer to the park.

Officials said the public can bring in their pet dogs and use the facilities in the park.

There have been representations from the public about dogs being not allowed in general parks, they said.

Depending on the success of this park, the GHMC has plans to put up one more park in the eastern part of the city, Harichandana said adding "as of now it is an exclusive dog park and we might have a cat corner."

The park would be inaugurated within next ten days, she said.

He had also said a small dump yard had been converted into the park at a cost of Rs 1.1 crore.