India   All India  16 Sep 2018  Athawale apologises for comment on fuel price hike, asks to bring it down
India, All India

Athawale apologises for comment on fuel price hike, asks to bring it down

Athawale said, 'I am not suffering from rising fuel prices as I am a minister. I may suffer if I lose my ministerial post.' 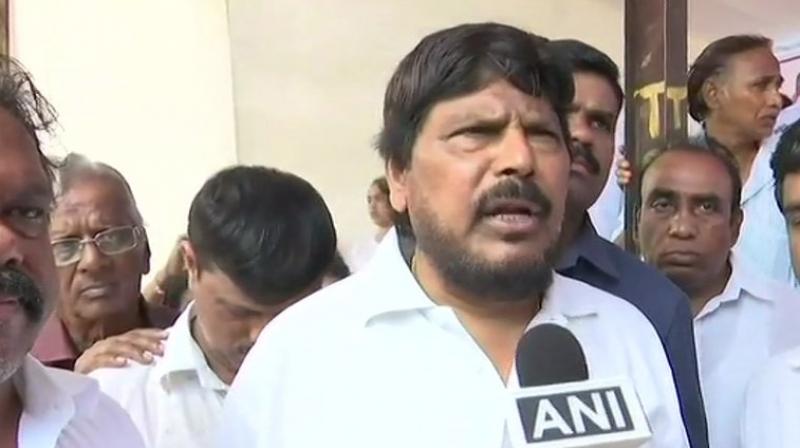 Athawale said, 'The price of fuel can be reduced if the states cut the tax on it. The Centre is seriously working on the issue.' (Photo: ANI | Twitter)

Jaipur: When asked if the hike in the fuel prices affected him, Union Minister Ramdas Athawale confessed that he is unfazed by the hike, as he is a minister.

Referring to the allowances he gets, Athawale, who was in Jaipur said, "I am not suffering from rising fuel prices as I am a minister. I may suffer if I lose my ministerial post."

In response to a comment on fuel prices earlier, Union Minister Ramdas Athawale clarified, “Journalists had asked me prices of petrol and diesel is rising, if I have any problem with it. I had said I've no problem, I'm a Minister, and we’re provided govt vehicles. But people do face problems and prices should be brought down. I didn't say this to insult anyone."

“If it has hurt people's sentiments, I express my apology. I had no intention to do this. I am a common man who became a Minister. I know the problems people face. I am a part of the govt and I demand that the price of petrol-diesel should be brought down,” he added.

The Central Government has been facing flak from various quarters over a continuous hike in fuel prices.

The Opposition had even called for a nationwide lockdown on Monday to protest against the increasing fuel prices.