The decision by the Jabalpur high court has led to disqualification of nine other special courts designated earlier to hear Vyapam cases. 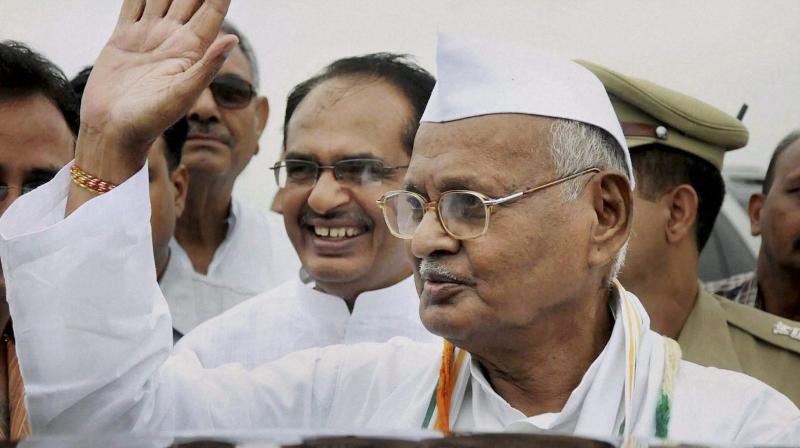 Bhopal: The Madhya Pradesh high court has designated seven special courts to hear cases relating to Vyapam scam involving irregularities in admissions in different medical colleges in MP and appointments in various state government departments in the past one decade.

The decision by the Jabalpur high court has led to disqualification of nine other special courts designated earlier to hear Vyapam cases.

The Jabalpur HC said, “The high court of Madhya Pradesh hereby designates the courts of Additional Sessions Judges for trial of offences relating to Vyapam scam matters and matters linked thereto, investigated by the CBI or STF Bhopal in suppression of all its earlier notifications.”

The designated courts chosen to hear the Vyapam cases are in four cities of MP, Bhopal, Indore, Jabalpur and Gwalior.

Vyapam cases registered in different police stations in the state have been referred to the current seven designated special courts to dispose them off.

The scam was unearthed by the Pradesh Local Fund Audit (PLFA) in 2009 while auditing the accounts of Madhya Pradesh Professional Examination Board (MPPEB), popularly known by its Hindi acronym “Vyapam”, for the financial year 2007-08.

The state government had later constituted a STF to probe the matter.

However, the case was handed over to CBI when the STF probe made little headway.

Vyapam scandal had gained notoriety following deaths of at least 55 people indirectly or directly linked to it during course of its investigation.

Prominent among those who died included scribe of Aaj Tak Hindi news channel Akshaya Singh who was in Jhabua in Madhya Pradesh to do an investigative story on the scam in 2014.

Around 255 cases relating to the scam have so far been registered in different police stations in the state.

Incidentally, 17 of the 310 absconders in the case have so far been arrested.