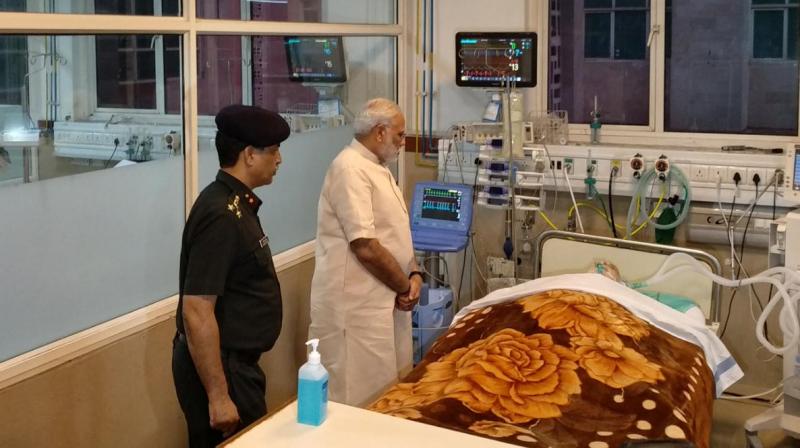 New Delhi: Arjan Singh, Marshal of the Indian Air Force, known for his role in the 1965 Indo-Pak war, has been hospitalised and is in a critical condition.

Singh, 98, the only officer of the IAF to be promoted to five-star rank, was admitted to the Army Hospital Research and Referral on Saturday morning.

Prime Minister Narendra Modi paid a visit to Singh at the hospital.

“Went to R&R Hospital to see Marshal of the Indian Air Force Arjan Singh, who is critically ill. I also met his family members,” Modi said.

“We are all praying for the speedy recovery of Marshal of the Indian Air Force Arjan Singh. Doctors are doing their best,” he added.

Defence Minister Nirmala Sitharaman and IAF chief BS Dhanoa visited the hospital.
“Received messages that Marshal of IAF Arjan Singh was suspected to have had massive heart attack in the morning and was brought to hospital.”

"We hope he (Marshal of IAF Arjan Singh) will recover at the earliest. His condition remains critical,” Sitharaman said.

"His condition is critical," official sources said. Singh was admitted to the hospital after he complained of uneasiness.