Kamal Haasan wants ‘no work, no pay’ for MLAs

Following the revolt of 19 party MLAs against chief minister K. Palaniswami, they were all initially accommodated at a resort in Puducherry. 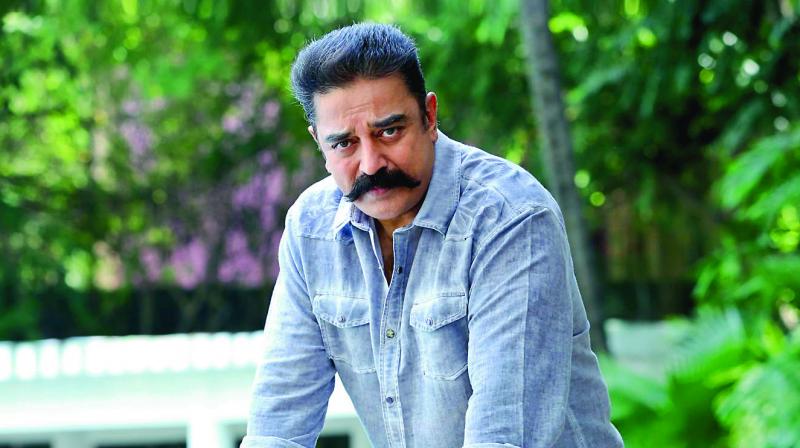 Chennai: Veteran actor Kamal Haasan took potshots at elected representatives, saying that they should also be covered under the “no work no pay” formula. The actor’s comments came in the wake of a section of government employees and teachers striking work, with the Madras high court pulling up the teachers for doing so.

“No work no pay only for Govt. Employees?. How about horse trading politicians languishing in resorts?,” the actor said in a tweet without naming anyone.

The “resort” remark was apparently a reference to a section of the ruling AIADMK MLAs owing allegiance to “sacked” leader T.T.V. Dhinakran shifting resorts.

Following the revolt of 19 party MLAs against chief minister K. Palaniswami, they were all initially accommodated at a resort in Puducherry. They later shifted to a resort in Coorg in Karnataka and are since staying there.

One of them shifted camps to support Palaniswami later.

Incidentally, AIADMK MLAs were earlier lodged at a resort at nearby Kuvathur in February, following a split in the party when then rebel leader O. Panneerselvam revolted against party chief V K Sasikala. The MLAs were accommodated at the resort ahead of the crucial February 18 trust vote of the incumbent Palaniswami government.

In another tweet, Haasan also pleaded with the court to warn legislators “who desist from attending work.”