According to authorities, the 'Humsafar' resort was illegally constructed and built on government land. 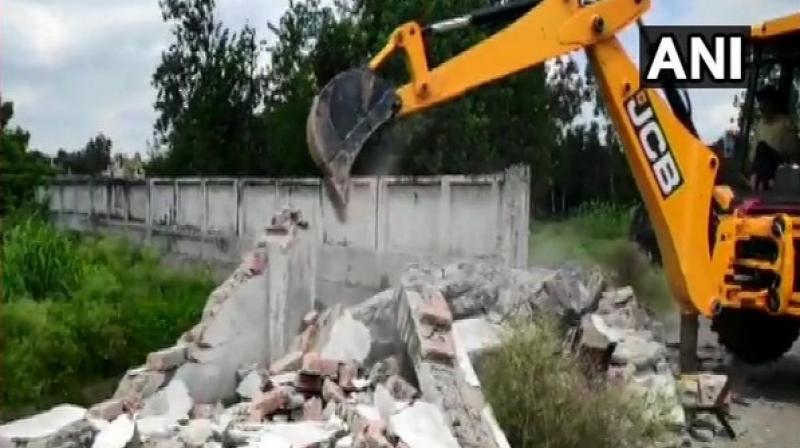 'The irrigation department along with the district administration demolished the wall today which was erected illegally,' official said. (Photo: ANI)

Rampur: The boundary wall of a resort belonging to Abdullah Azam Khan, son of Samajwadi Party lawmaker Azam Khan, was demolished by the district administration here on Friday.

According to authorities, the 'Humsafar' resort was illegally constructed and built on government land.

"The irrigation department along with the district administration demolished the wall today which was erected illegally," he said.

Last month, police carried out a raid at the premises of Mohammad Ali Jauhar University and recovered over 2,500 expensive books allegedly stolen from some other institutes. Several complaints have been lodged against the controversial Rampur lawmaker, who is the chancellor of the university, for alleged land grab to build the varsity.

At least 25 FIRs have been registered against Azam Khan in cases related to land grab.

Azam Khan had recently stirred a controversy after he made objectionable remarks against Rama Devi when she was presiding over the debate on the Triple Talaq Bill in the Lok Sabha on July 25.

After drawing flak from fellow parliamentarians, he apologised for his comments.