India   All India  16 Aug 2019  Flood-hit villages in Karnataka to be named after donors: B S Yediyurappa
India, All India

Flood-hit villages in Karnataka to be named after donors: B S Yediyurappa

Yediyurappa said on Wednesday at a meeting with industrialists and corporates. 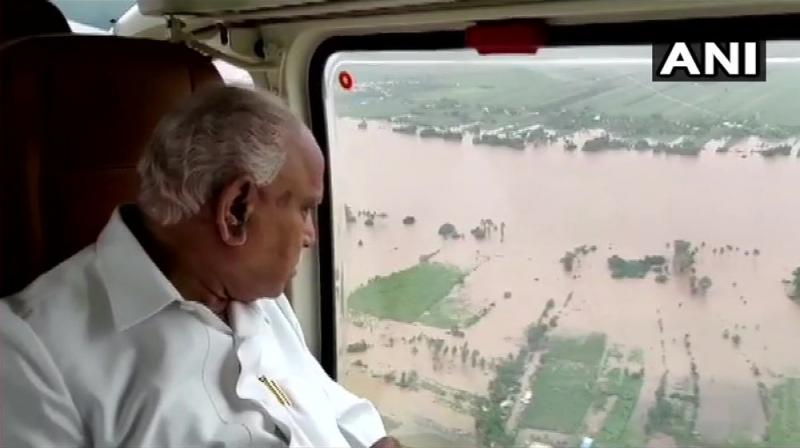 Bengaluru: In a bid to express gratitude to donors who are offering more that Rs 10 crore for flood relief work, Karnataka Chief Minister B S Yediyurappa announced to name flood-hit villages in the state after them.

Yediyurappa said on Wednesday at a meeting with industrialists and corporates, The Indian Express reported.

"The situation is very bad. Home Minister Amit Shah and Finance Minister Nirmala Sitharaman also conducted inspection. There is a loss of over Rs 50,000 crore in the state. On August 16, I am going to Delhi to meet the Prime Minister regarding this," Yediyurappa told ANI.

The floods caused by incessant rains have affected as many as 17 districts in Karnataka.

Floods in the state have claimed the lives of 61 people.