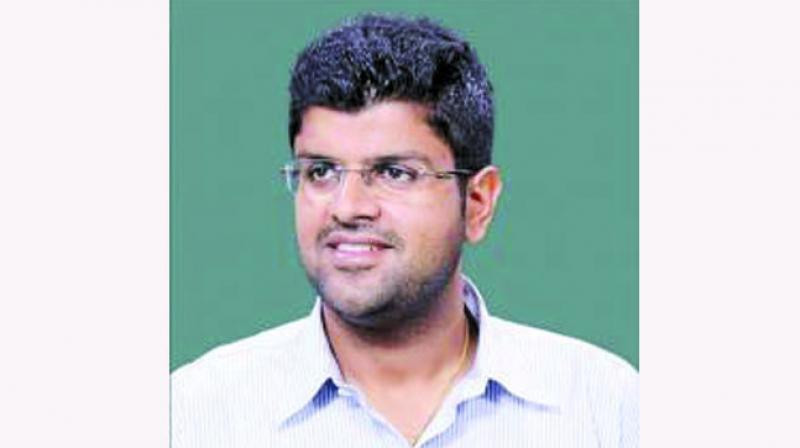 New Delhi: The Bharatiya Janata Party (BJP) has been upbeat in Haryana ever since the announcement of the alliance between the Dushyant Chautala-led Jannayak Janata Party and the Bahujan Samaj Party for the forthcoming Assembly polls in the state. The party feels that the alliance will ensure that the contest would be a three-cornered one. The saffron unit hopes that this would help it attain a two-third majority in the 90-member state Assembly.

The idea of a JJP-BSP combine was floated with a hope to consolidate the votes of the Dalit community and the influential Jat community in the state ahead of the polls. However, with the Congress, led by local strongman Bhupinder Singh Hooda, also banking on the votes of the Jat community, a triangular contest may end up helping the BJP.

The triangular contest had also helped the BJP during the Lok Sabha polls where it had secured all 10 constituencies in the state. Interestingly, the JJP had contested the general elections in alliance with the Aam Aadmi Party, where it had to suffer a humiliating defeat, being unable to secure even a single seat.

The party feels that the situation before and after October 2018 are different as over 80 per cent of Chaudhary Devi Lal loyalists have returned to the JJP fold, sources claimed.

The BJP is also banking on the strong leadership of Prime Minister Narendra Modi and image of chief minister Manohar Lal Khattar. The BJP is hoping that it would gain in the polls and improve upon its 2014 Assembly tally of 49 seats.

Just like the Lok Sabha polls, the party feels that the three-way fight is likely to play a pivotal role in recapturing the state Assembly.

The Haryana chief minister is scheduled to begin his ‘Jan Ashirwad Yatra’from August 18. The aim of the yatra is to re-connect with the people and seek their blessings.