India   All India  16 Aug 2018  Vajpayee was my closest friend for 65 yrs, will miss him immensely: Advani
India, All India

Vajpayee was my closest friend for 65 yrs, will miss him immensely: Advani

LK Advani said he was at loss for words to express his deep grief and sadness over the death of former PM Atal Bihari Vajpayee. 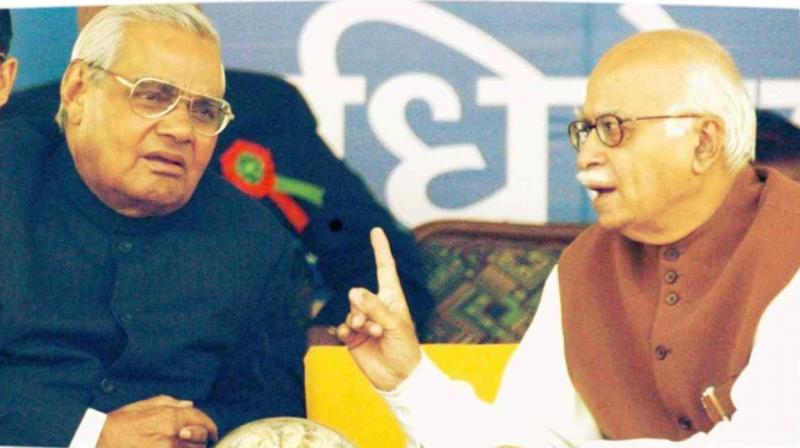 In his condolence message, LK Advani said, ‘Vajpayee's sterling humane qualities like compassion, humility and his remarkable ability to win over adversaries despite ideological differences have all had a profound effect on him. (Photo: File | PTI)

New Delhi: Veteran BJP leader L K Advani, who along with Atal Bihari Vajpayee was a central figure in the party for much of its existence, on Thursday described the former prime minister as one of the country's tallest statesmen and his closest friend for over 65 years whom he will miss immensely.

Vajpayee's captivating leadership qualities, mesmerising oratory, soaring patriotism and above all, his sterling humane qualities like compassion, humility and his remarkable ability to win over adversaries despite ideological differences have all had a profound effect on him, Advani said in his condolence message.

"I cherish the memories of my long association with him, right from our days as pracharaks of the RSS, to the inception of Bharatiya Jana Singh, the struggle of the dark months during the Emergency leading to the formation of Janata Party and later the emergence of the Bharatiya Janata Party in 1980," he said.

Advani said he was at loss for words to express his deep grief and sadness. "Atalji will be remembered as the pioneer of the first ever stable non-Congress coalition government at the Centre and I had the privilege of working as his deputy for six years. As my senior, he always encouraged and guided me in every possible manner," he said.

The deputy prime minister in the Vajpayee government said he will miss him immensely.