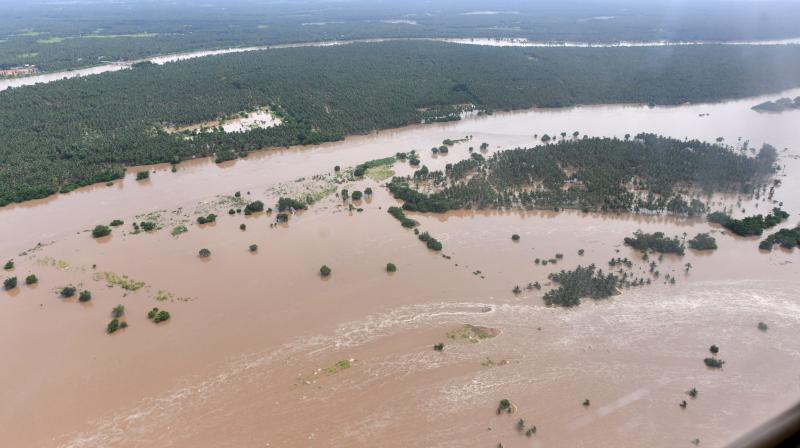 Backwaters from river Godavari has entered Motu block and some other places on the banks of its tributaries Sabari and Sileru. (PTI)

Bhubaneswar: Several people have been evacuated from low-lying areas in parts of Odisha's Malkangiri district, which are reeling under floods as backwaters from river Godavari in neighbouring Andhra Pradesh inundated villages and fields.

The district has received heavy showers in past four days. Backwaters from river Godavari has entered Motu block and some other places on the banks of its tributaries Sabari and Sileru, Singh told PTI.

Water level in river Godavari has touched 70 feet at Bhadrachalam, four feet more than the previous record set in 2006, the collector stated.

Singh, who visited Motu, Kalimela and Padia blocks of the district, said that the administration has made elaborate arrangement for the safety of people.

An official report said at least three villages -- Binayakpur, Alama and Peta -- have been completed inundated in the flood, with locals there wading through the waters to reach to safety.

There has been no human casualty in the flood thus far, Singh said.

Meanwhile, the India Meteorological Department has forecast light to moderate rain in most places across Odisha, with heavy to very heavy rainfall in some parts of the state.

The Special Relief Commissioner (SRC) has also alerted district collectors, and asked them to keep a constant vigil on the developments that may take place due to heavy rainfall in different parts of Odisha.