India   All India  16 Jul 2020  Flights to US, France to resume from Friday after India creates four 'air bubbles'
India, All India

Some more destinations may be added in the coming days, he says. 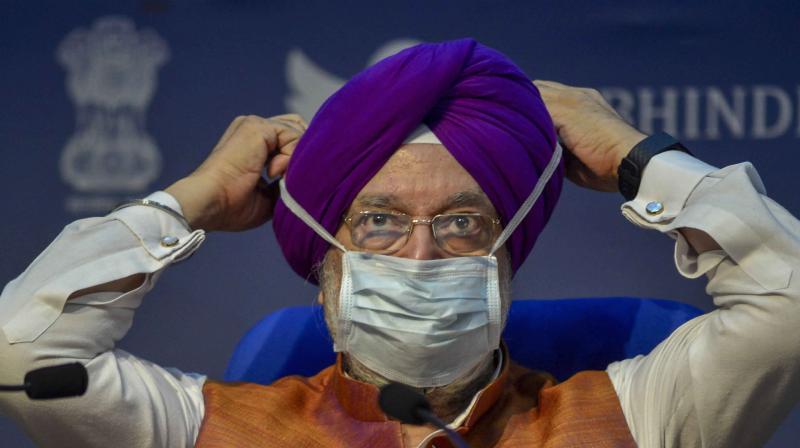 Union Minister Hardeep Puri at the presser on Thursday. (PTI)

New Delhi: Interim international flights to the United States of America and France will begin from Friday while flights to Germany and the United Kingdom will operate shortly following necessary permissions and clearances. Union minister for Civil Aviation Hardeep Singh Puri said the flights will operate under special bilateral arrangement – “air bubble” -- with these four countries and some more destinations may be added in the coming days.

For the UK there would be two flights per day between Delhi and London while a request from Germany is under process. “I think the arrangement with Lufthansa is almost done," the minister said.

He added that due to restrictions on international flights by several countries, `air bubbles’ was the only way out at present. “We have many demands for air bubbles, but we need to be careful. We should permit that many only that we can handle," Mr Puri said.

The government is also planning to gradually increase domestic flights from present 45 per cent to about 60 per cent in the coming months. "We are assuming that by the time Diwali comes, we would have 55-60 per cent of pre-COVID domestic flights operating in India," Mr Puri said. He hinted that the cap of airfare may be further extended for some more time after August 24.