Over 83,000 people uprooted by floods have been forced to take shelter in 494 relief camps. 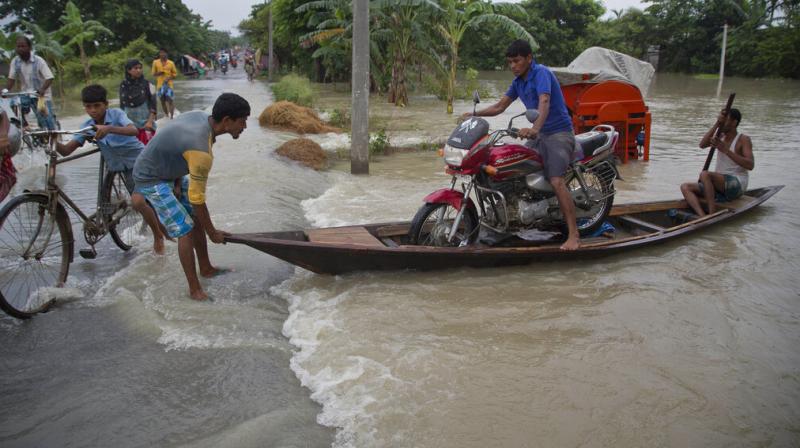 Assam: The flood situation in Assam and several other states of the Northeast continued to remain grim on Monday. The second wave of floods raised the total number of people affected to 4.28 million in 30 of the state’s 33 districts.

According to Assam State Disaster Management Authority, four more people died - one each in Marigaon, Goalpara, Nagaon and Hailakandi- died in the floods, taking the total number of casualties to 15.

Over 83,000 people uprooted by floods have been forced to take shelter in 494 relief camps.

On Monday, Prime Minister Narendra Modi had a telephonic conversation with Assam Chief Minister Sarbananda Sonowal about the flood situation in the state.

In Mizoram, six people have died till date due to flood-related disasters.

Heavy rainfall in Tripura in past 15 days has claimed two lives, injured six and left over 3,000 people homeless, according to report of Tripura State Emergency Operation Centre.

The India Meteorological Department has warned of heavy rain in Nagaland, Manipur, Mizoram, Tripura, Assam and Meghalaya on Tuesday.