Andhra woman dies of injuries after scuffle over filling water

After a few minutes, brawl turned intense and both women started manhandling each other with vessels they were carrying to fetch water. 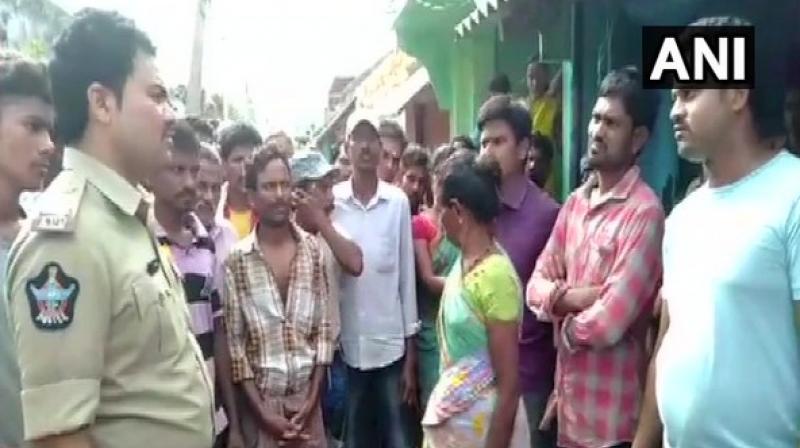 A case against Sundaramma has been filed and probe in the matter is underway. (Photo: ANI)

Srikakulam: A woman died during a clash with another woman over filling up water from a public tap.

This incident took place on Monday in Sompeta town of Srikakulam district in Andhra Pradesh.

The deceased, identified as Tatipudi Padma (38) was a resident of Palli Veedhi area in Sompeta.

Narrating the incident, Sompeta Sub Inspector, K Venkatesh said that Padma had an argument with another woman named Teppala Sundaramma over standing in queue for fetching water from a public tap installed at a nearby school.

After a few minutes, the brawl turned intense and both women started manhandling each other with the vessels they were carrying to fetch water.

During the clash, Padma met with severe injuries on chest and head. Later, she slipped and fell down on the road and died on the spot.

A case against Sundaramma has been filed and probe in the matter is underway.

"She got into a clash with another woman in the queue at the public tap. She suffered head and chest injuries, slipped and died on spot. A case has been filed and an investigation in the matter is underway," Venkatesh said.