India   All India  16 Jun 2020  With no work and no pay during lockdown, domestic workers suffer in Maharashtra
India, All India

With no work and no pay during lockdown, domestic workers suffer in Maharashtra

The Sarvashramik Sanghatna has said that the government should give them a monthly allowance and food supplies. 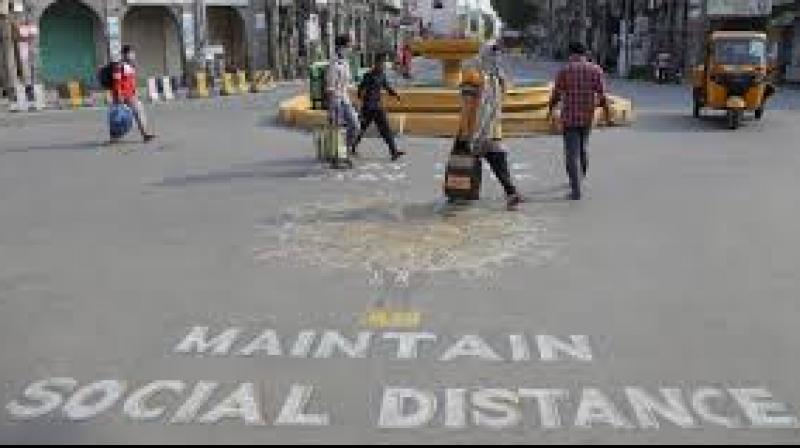 Mumbai: The COVID-19 pandemic has hit all sections of the society, but domestic helps, who are otherwise in high demand in urban areas, are among the worst affected
with majority of them without wages for last two months.

Though a lot of restrictions have been lifted and many business have restarted operations, there is no clarity on resumption of work by domestic helps, prolonging their misery. The Sarvashramik Sanghatna, a union of domestic workers in Maharashtra, has said that if they are not allowed to resume work, the government should give them a monthly allowance and food supplies.

Most of the domestic helps got their March salaries since they had worked for 25 days. But since April, some have got half of their wages while many have not got anything, the
Sarvashramik Sanghatna's president Uday Bhat told PTI.

"The maids are ready to abide by all safety norms regarding COVID-19. It is not true that if they provide a medical certificate of being free of coronavirus, the maids or
their employerscan't get infected at a later stage. The onus is not on the maids alone," he said.

Bhat said his organisation, which has nearly 19,000 members in the state, mostly in Mumbai and Pune, earlier wrote to the Brihanmumbai Municipal Corporation to give directions to housing societies to allow domestic workers inside. The Pune civic body has issued such a circular, he said.

"If that doesn't happen, the government should give them a monthly allowance directly in their bank accounts and also food supplies. The domestic helps, majority of whom are women, are the most vulnerable as many of them are the sole breadwinners of their families," he said.

"We are demanding that the maids be given the status of labourer so that they can avail the benefits of social security schemes, fixed wages, and also violations of rules
should attract penal action," he said.

In 2010, the Maharashtra State Domestic Workers Welfare Board Act came into force. But, very few domestic workers can avail benefits of insurance cover, allowances for pregnancy leave and fund for family in case of death, he rued.

Hira lad, a domestic worker from Mumbai's Santacruz area, said she has been at home since the last three months. She said her son is a gym instructor, but since gymnasiums are closed he is also at home, while her daughter-in-law, who is a trained nurse, is on maternity leave.

"My employers are paying me half the salary while my son is managing through his savings. How long will this last? I am worried. I keep calling my employers every month to remind them that I am ready to work. But, they say they are sorry, as no decision has been taken yet," Lad said.

Sameera Kelkar, a private firm employee residing in suburban Andheri, agreed that maids are going through lot of hardships at this time. Kelkar said she has been paying her maids half of their salary for last two months.

"We are not allowing any outsider in our society, including maids, and we are also not going out. Everyone is working from home and also doing the household work. It is sad
that the poor are finding it difficult to make their ends meet in such unprecedented times," she said.