Despite his alleged misbehaviour, he was finally allowed to board the same flight. 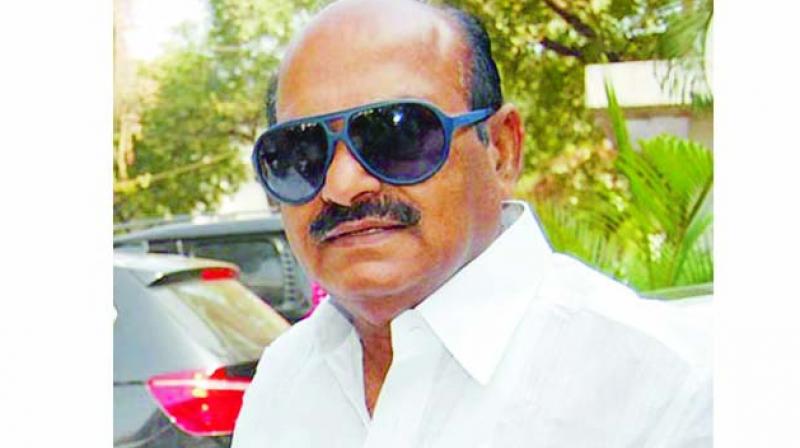 The TDP MP, who was to board an IndiGo flight, allegedly went on the rampage, pushing an airline staffer and throwing a printer on the floor, after he was not allowed to board his IndiGo flight because he reached the airport late. Despite his alleged misbehaviour, he was finally allowed to board the same flight. The civil aviation ministry is reportedly seeking a report on the matter involving the alleged misbehaviour now of yet another MP after Shiv Sena MP Ravindra Gaikwad allegedly misbehaved on an Air India flight in March this year. He, too, was banned from flying for a while before the ban was lifted. Thursday’s incident is also significant because Mr Reddy belongs to civil aviation minister Ashok Gajapathi Raju’s TDP. Interestingly, the Centre is close to finalising rules for a no-fly list for unruly passengers.

According to a report of news agency PTI from Visakhapatnam, the TDP MP was scheduled to fly IndiGo’s flight 6E-608, which departs from Visakhapatnam at 8.10 am, to Hyderabad. But he reached just 28 minutes before the scheduled departure, according to the airline. As per norms laid out by the aviation regulator, airlines close check-in counters for all domestic fights 45 minutes prior to departure.

Mr. Reddy — who had, according to the report, allegedly vandalised the Air India office at Gannavaram airport in Vijaywada last year after he missed his flight — got into a verbal spat with the ground staff and threw a printer kept at the airline’s counter after he was informed that boarding for his flight had closed. Television channels also reportedly showed CCTV visuals of him allegedly pushing an IndiGo employee.

“The staff politely informed him that boarding for flight 6E-608 is closed and offered to accommodate Mr Reddy in the subsequent flight. Mr Reddy expressed his annoyance and soon raged against the staff using aggressive and abusive behaviour,” IndiGo was quoted as saying in a statement. The MP was later accommodated on the same flight. However, the airline maintained, “Any untoward conduct which compromises the safety and security of our passengers and staff is a serious concern to us. Safety and security of passengers, crew and the aircraft is the top priority and it cannot be compromised.”

In March this year, Shiv Sena MP Ravindra Gaikwad was temporarily banned by airlines from flying after he allegedly assaulted an Air India staffer. Following this, the Centre released its draft rules for a national no-fly list for unruly passengers. The final rules will be unveiled shortly.