India   All India  16 May 2020  Cyclonic storm brewing in Bay of Bengal; rains likely in coastal districts from Tuesday
India, All India

Fishermen have been advised not to venture into north Bay of Bengal along and off West Bengal-Odisha coasts from May 18 to 21. 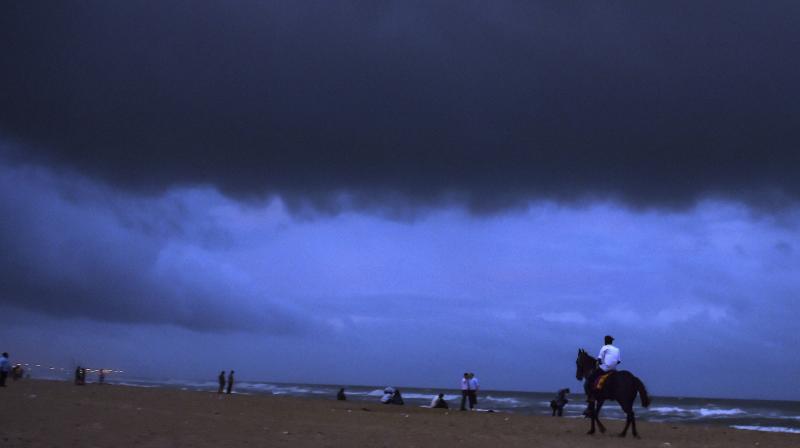 Kolkata: A cyclonic storm brewing in the Bay of Bengal 1,220 kilometre south-southwest of Digha in West Bengal on Saturday morning, and is likely to bring heavy to very heavy rain in the coastal districts of the state from May 19, the Met office said here.

The system is likely to intensify into a severe cyclonic storm by Sunday evening and move north-northwestwards till May 17, Regional Met Director GK Das said.

It is very likely to recurve north-northeastwards thereafter towards the West Bengal coast during May 18 to 20, he said.

Under its impact, the coastal districts of Gangetic West Bengal, including North and South 24 Parganas, Kolkata, East and West Midnapore, Howrah and Hooghly will experience heavy to very heavy rain on May 19 and 20, Das said.

Fishermen have been advised not to venture into north Bay of Bengal along and off West Bengal-Odisha coasts from May 18 to 21, and those who are out in the sea were asked to return to coasts by May 17.

Sea condition will be very high to phenomenal over north Bay of Bengal on May 19 and 20, Das said.

Wind speeds along and off the coastal areas of West Bengal will reach 45 to 55 kmph with gusts of 65 kmph from May 19 afternoon, and will gradually increase to 75 to 85 kmph with gusts up to 90 kmph from the morning of May 20, the weatherman said.