The repolls were held following reports of widespread violence during panchayat polls on May 15 which had claimed at least 12 lives. 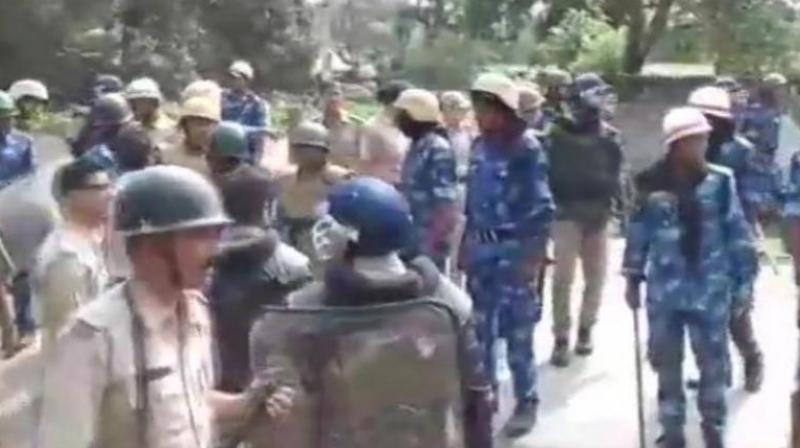 Kolkata: Around 68 per cent voter turnout was recorded in the repolls held in 572 booths across West Bengal districts on Wednesday and the polling has been more or less peaceful amidst tight security arrangements, a State Election Commission official said.

The repolls in these booths were held following reports of widespread violence during the panchayat polls on Monday which had claimed at least 12 lives.

"Around 68 per cent polling was recorded. There are people still standing in the queue. The repoll has been more or less peaceful," a senior State Election Commission official said.

"Initially, we had earmarked 568 booths but later on increased it to 572 booths," the official said.

The counting of votes will take place on Thursday.

Meanwhile, the body of a booth presiding officer who went missing on the polling day on May 14 has been found beside the railway tracks in North Dinajpur district, police said.

They said the body of Raj Kumar Ray, 33, was found from Sonadangi area near here beside the railway tracks Tuesday night.

The cause of the death would be known after the postmortem, they added.

The State Election Commission, however, feels the death may not be related to poll violence.

Several polling officials on Wednesday blocked the Raiganj-Kaliaganj Road for around two-hours demanding a thorough probe into the death. Reports from Malda district said a voter died at Baishnabnagar area after he fell ill while standing in the queue.

At Bhangar in South 24 Parganas, the police arrested several bike-borne miscreants for allegedly intimidating voters. The area had witnessed the killing of a person and arrest of a TMC leader on the direction of Chief Minister Mamata Banerjee ahead of the poll.

The opposition protested against the selection of booths for the repolling.

The BJP said they had demanded repolling at 2,300 booths across the state.

"In today's repoll too there were incidents of violence and in few places police acted swiftly. We had demanded repolling in 2,300 booths, but the SEC conducted repolling only in 572 booths," state BJP president Dilip Ghosh said.

The TMC leadership expressed satisfaction over "free and fair" polls conducted by the SEC.

"The people have voted freely and fairly. The opposition does not have any base. They just wanted to create trouble to score some political brownie points," TMC secretary general Partha Chatterjee said.