Modi government at the Centre has been pushing for a ban on the contentious practice on grounds of gender equality and justice. 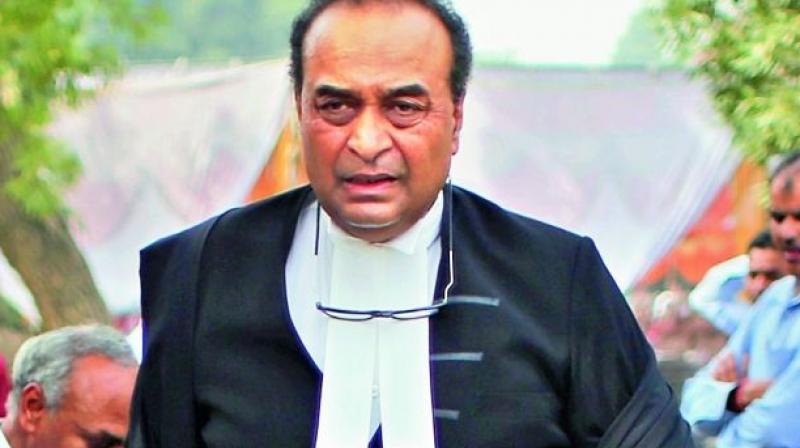 New Delhi: The Centre informed the Supreme Court on Monday that it would bring a law to regulate marriage and divorce among Muslims if the court held triple talaq invalid and unconstitutional.

Attorney-general Mukul Rohatgi, India’s top law officer, made this submission after a five-judge constitution bench asked him about the remedies for Muslim men if triple talaq was struck down.

The multi-faith bench comprising Chief Justice of India J.S. Khehar and Justices Kurian Joseph, Rohinton Nariman, Uday Lalit and Abdul Nazeer is examining the legality of triple talaq after a clutch of petitions for a ban on the practice was filed.

The A-G said triple talaq was not fundamental to Muslim personal law, and as the guardian of fundamental rights, the court should protect the rights of half of the Muslim population, which suffers discrimination.

The CJI told the A-G, “We (court) are guardians of fundamental rights as well as minority rights. We agree with you that if triple talaq is arbitrary, extra judicial, it must go. But we are not here to tinker with religion, tenets of religion and religious practices. Tenets of religion can never be tested by courts. What we may ultimately decide will impact a large section of the population.”

The Narendra Modi government at the Centre has been pushing for a ban on the contentious practice on grounds of gender equality and justice. The push also looks to win support from Muslim women and chip away at an important bloc of voters that has viewed Mr Modi with suspicion. The All India Muslim Personal Law Board has promised reforms in personal law but opposed a blanket ban on the practice.

Earlier the A-G insisted that polygamy and nikah halala among Muslims were also to be decided by the court as they form part of triple talaq. Nikah halala allows a woman to go back to her husband but only after she marries another man, consummates the marriage and gets a divorce. The court has said that it would only look into the triple talaq issue for now.

Mr Rohatgi maintained that these practices were not protected under the right to religion guaranteed under Article 25(1) of the Constitution. He said the fundamental question for determination by the Court in the case was whether, in a secular democracy, religion can be a reason to deny equal status and dignity, available to Muslim women under the Constitution.

The issue has come under scrutiny with reports emerging of men divorcing their wives via letters, Skype and even WhatsApp messages. Several women divorced by triple talaq have petitioned the Supreme Court to overturn the practice.

Justice Nariman told the A-G, “You (the government) cannot take away the rights of Muslims guaranteed under Article 25 (1) of the Constitution (right to profess and practice religion). If you take away these rights, then you are throwing the rights to the winds.” The court said it was concerned (only) with the validity of triple talaq. The court also said that polygamy and nikha halala would be taken up later for adjudication as it had very limited time.

Mr Rohatgi brought to the notice of the court that a large number of Muslim countries such as, Pakistan, Bangladesh, Afghanistan, Morocco, Tunisia, Turkey, Indonesia, Egypt and Iran have undertaken significant reforms and have regulated divorce laws.

Even theocratic states have undergone reform in this area of the law and therefore in a secular republic like India there is no reason to deny women the rights available under the Constitution, he said.