India   All India  16 May 2017  Today is the day of accountability for the corrupt: Piyush Goyal on raids over INX media scam
India, All India

Today is the day of accountability for the corrupt: Piyush Goyal on raids over INX media scam

'It is not us who demanded reopening of fodder scam cases, the SC gave the verdict,' Goyal said rejecting allegations of political vendetta. 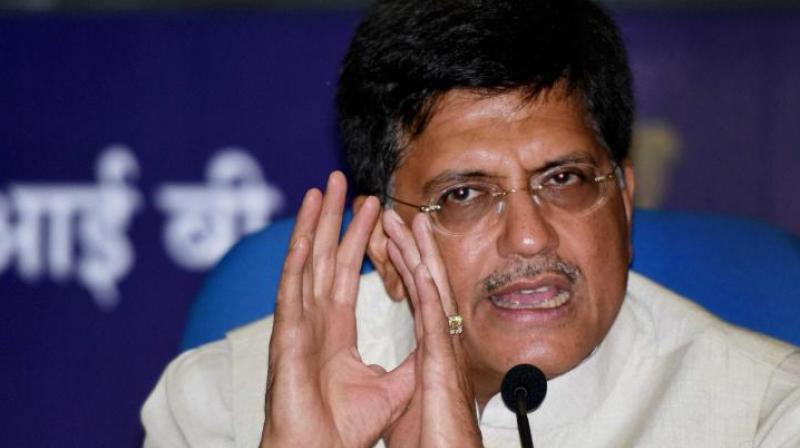 Union Minister Piyush Goyal rejected Chidambaram's charge that he was being targeted for his columns are critical of the government. (Photo: File)

New Delhi: On a day it was voted to power three years ago, the BJP on Tuesday said this was the day of accountability for the corrupt after government agencies searched Congress leader P Chidambaram's premises and properties allegedly linked to RJD chief Lalu Prasad.

Union Minister Piyush Goyal rejected Chidambaram's charge that he was being targeted for his columns are critical of the government and claimed that the issue was why beneficiaries of Foreign Investment Promotion Board (FIPB) gave ‘money to the firms owned by his son’.

The former finance minister's columns ‘did not exactly set the Yamuna on fire’. Goyal, taking a dig at Chidambaram, said, "He will be accountable for his son's stroke."

In its three years in power the BJP has given an honest, scam-free government, a decisive leader and pro-poor thrust on governance, he said, adding, for the first time ever, India ‘is the fastest growing large economy’.

Rejecting allegations of political vendetta levelled by Prasad and Chidambaram, Goyal claimed that the BJP government never comes in the way of law and that investigation agencies work independently. "After all, it is not us who demanded reopening of fodder scam cases. The Supreme Court gave the verdict," he said.

Hitting out at the Congress, Goyal said the opposition party was feeling ‘helpless’ in the face of Modi's ‘massive popularity’ and instead of introspecting, it was raising wrong issues.

The Income Tax department conducted raids on at least 22 locations in Delhi and adjoining areas on charges of alleged benami deals worth Rs 1,000 crore linked to RJD chief Lalu Prasad and others.

Attacking the BJP, Prasad said he would not be cowed down by the use of investigation agencies against him and continue to fight it. Also, the CBI on Tuesday launched searches at multiple premises linked to former Union Finance Minister Chidambaram and his son Karti in connection with alleged favours granted in FIPB clearance to a firm, INX Media, in 2007.

Chidambaram alleged, "The government, using the CBI and other agencies, is targeting my son and his friends. The government's aim is to silence my voice and stop me from writing, as it has tried to do in the cases of leaders of opposition parties, journalists, columnists, NGOs and civil society organisations."