The ongoing situation in Kashmir will be one of the key issues. 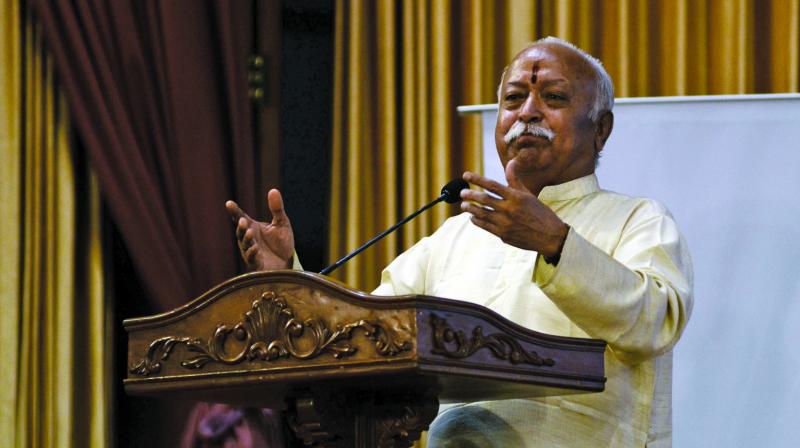 New Delhi: As violence in Kashmir continues unabated, the RSS, for the first time, is holding its Akhil Bhartiya Pracharak meet in Jammu and Kashmir. The meet could send a message to the Modi government to take effective measures to normalise situation in the region. Sangh parivar affiliate BJP is part of the Mehbooba Mufti-led coalition government, whi-ch is facing flak over its failure to bring situation under control in the Valley. RSS brass, including its chief Mohan Bhagwat, will also attend the meet from July 18 to 20. BJP president Amit Shah is also likley to attend this meeting.

The ongoing situation in Kashmir will be one of the key issues, other than coordination between the sangh parivar affiliates and the Central government, that will come up for deliberation at the two-day meet. The BJP had won 25 Assembly seats in Jammu during the last Assembly elections, its best ever performance in the state where it came to power for the first time with senior partner PDP.

Though security concerns were raised over holding this meeting in Jammu, a senior RSS functionary said the decision to hold the meeting in Jammu was taken earlier this year.

Kashmir has been on a boil ever since Hizbul Mujahideen terrorist Burhan Wani was killed in an encounter last year. Though situation was slowly coming to normal, but violence and stone-pelting started again in the region when more than half-a-dozen people were killed during clashes between locals and security forces during the bypoll for Srinagar parliamentary constituency last month.

The meeting will also see review of many programmes undertaken by the sangh parivar affiliates. With the BJP coming to power in politically crucial state of Uttar Pradesh, RSS top brass, sources said, will also review the coordination and the various steps taken to enhance the coordination between its cadre and the Yogi Adityanath government over various issues.