The PM expressed concern over conditions of rivers in the country. 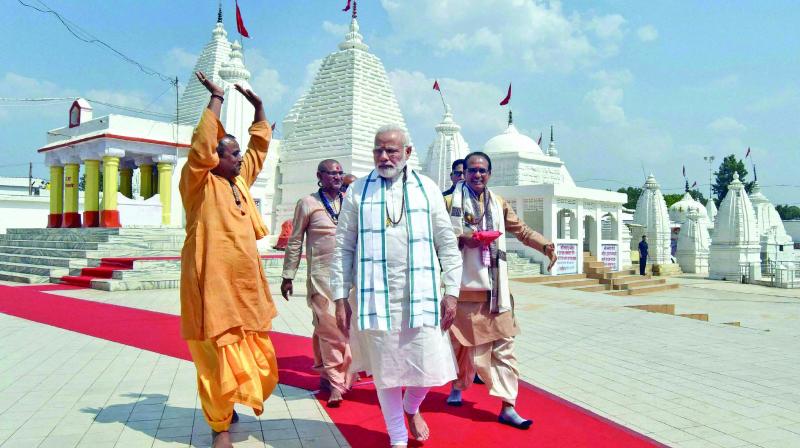 Bhopal: Prime Minister Narendra Modi on Monday unveiled a roadmap for the conservation of Narmada river and described it a “perfect future document”.

Signing off the 148-day “Narmada Seva Yatra”, billed as the world’s longest campaign associated with a river, at the origin of Narmada at Amarkantak in Annupur district in Madhya Pradesh, Mr Modi lauded the initiative taken by the MP government to make Narmada, lifelines of MP, Gujarat, Rajasthan and Maharashtra, pollution free, saying the vision document prepared by the Shivraj Singh government to save the river from being degenerated should be shared with other states for undertaking similar efforts.

“I have seen the document. It has all details regarding what is to be done, when and by whom. In my opinion, it is the perfect document for future,” he said, while addressing people gathered on the occasion.

He described MP chief minister Mr Chouhan’s initiative to save Narmada as “unprecedented”. Earlier, Mr Modi performed puja at the point of origin of the river at Amarkantak.

The “Namami Devi Narmada Seva Yatra”, which concluded on Monday, was launched on December 11 last year from Amarkantak, covering 3,344km, traversing over 1,104 villages and towns.