Turray claims that he was forced to spend four years in jail for no fault of his. 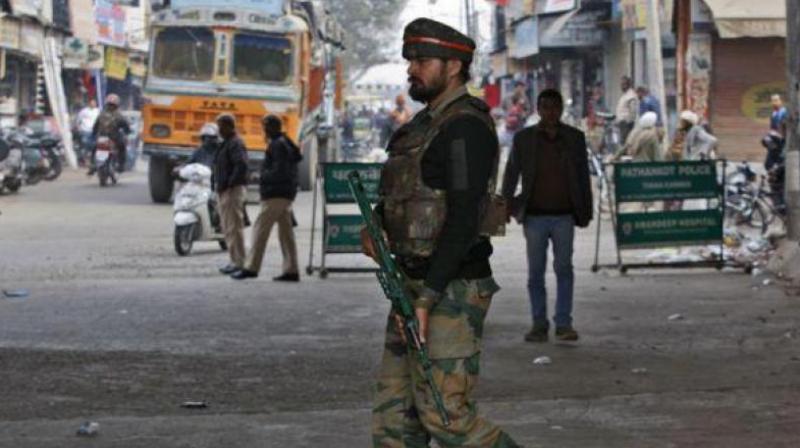 The police said that Zubair Ahmed Turray escaped from Shopian’s Keegam police station on May 1.

Srinagar: A youth of Jammu and Kashmir’s southern Shopian disappeared earlier this month and the scenic town situated in the foothills of Pir Panchal range and about 51 km from Srinagar observed a spontaneous shutdown for four days during which people took to the streets asking for his whereabouts. The police said that he escaped from Shopian’s Keegam police station on May 1.

But his relatives and neighbours refused to accept the police version as being truth and feared for his life. Many people believed that he too may have fallen a victim of involuntary disappearance like thousands of other people did during the 28-year-old turmoil in the state.

On Sunday night, the “mystery” behind Zubair Ahmed Turray’s disappearance was solved when an amateur video was placed on social media in which he announced that he has joined the militants’ ranks and cited reasons of “slavery” and “highhandedness” by the police and other security forces for the move.

In a little more than 5 minute video, Turray, who is wearing olive military fatigue and is sitting behind a desk on which guns and grenades are placed, begins his speech by reciting the versus from Quran. He then, while explaining the reason behind his joining militants’ ranks, says that he had no way around but to escape and take this route. “I and my family were subjugated to tyranny. The slavery is the reason for this decision. There was no other option, but to take this route,” he says.

He claims that he was forced to spend four years in jail for no fault of his. “I was slapped with the PSA for eight times to keep me in jail,” he says. The PSA (Public Safety Act) is a stringent law in force in Jammu and Kashmir since 1978 under which any person can be detained for a period of six months without any formal trial being initiated by the law enforcing agencies.

“I spent last four years in jail and was slapped with eight PSAs. I approached the high court and my PSA was quashed, but I was not released. Instead, I was facing illegal detention since three months,” he says.

He adds that every effort by his father to get him released failed. Official sources said that Turray was first arrested by the police in 2014 on stone-pelting charges.

He concludes his message with an appeal to the people to support the “freedom movement” and thanks the people of Shopian for their pro-freedom stance. He then turns to his father asking him “don’t worry for me”. He does not say which militant outfit he has joined but the authorities said it most probably is Hizb-ul-Mujahedin.