We have discussed important issues regarding politics and presidential election both, Banerjee said. 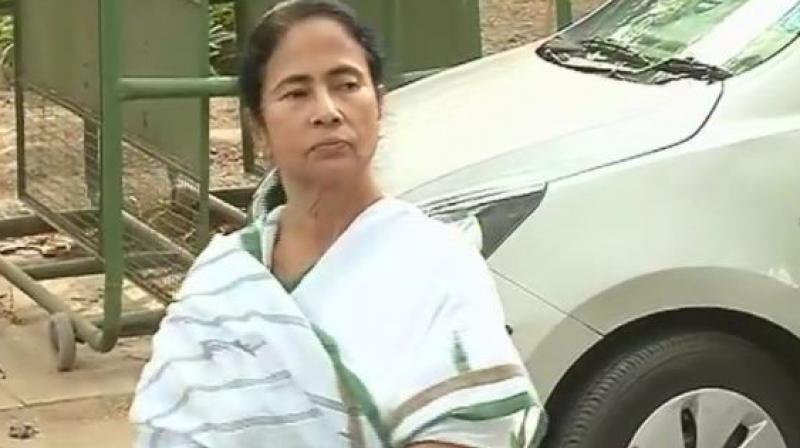 New Delhi: West Bengal Chief Minister Mamata Banerjee on Tuesday reached 10, Janpath in New Delhi to meet Congress president Sonia Gandhi to discuss the upcoming presidential elections and said a consensus candidate will prove to be beneficial for the nation.

"Today was an important meeting. We have discussed important issues regarding politics and presidential election both. In political matters there is some political vendetta going on. We haven't discusses any names. We want a consensus candidate and that will be better for all of us. We have also decided the Opposition should work together," Banerjee told media here.

She further said that both the leaders will meet again most probably next week as the presidential election is approaching.

"What we had discussed will be shared with other leaders as well. People of this country are very important to us therefore we will discuss on the matter very carefully as to who will be the perfect leader to rule the country," she added.

According to reports, Congress Pradesh Committee president Adhir Chowdhury has written a letter to the party high command, requesting her to deal with Banerjee carefully as most of the Trinamool Congress (TMC) leaders are under the scanner in Saradha and Narada scams.

Sources in the TMC said that Banerjee might place President Mukherjee's name as one of her choices.

However looking at the present situation, where the party is on the radar due to the ongoing investigations involving several scams, the West Bengal Chief Minister might settle for a common candidate selected by all major parties.

After meeting with the Congress president, Banerjee may meet Delhi Chief Minister Arvind Kejriwal next week.