India   All India  16 May 2017  Look into 'discrimination' against medical students from other states: Allahabad HC
India, All India

Look into 'discrimination' against medical students from other states: Allahabad HC

The Chief Secretary has been directed to submit a report on the action taken in the matter on the next date of hearing on May 23. 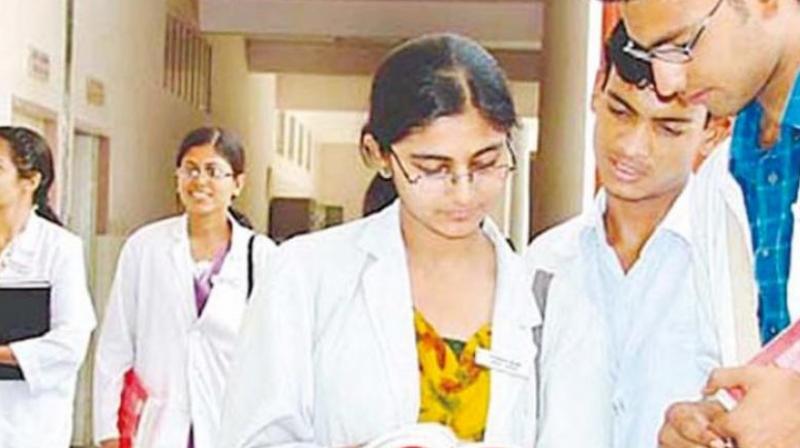 Allahabad: The Allahabad High Court on Tuesday directed the Chief Secretary of Uttar Pradesh to look into alleged debarment of medical students belonging to other states from counselling sessions for admission to post-graduate courses.

Passing the order, a division bench comprising Justice Arun Tandon and Justice Rekha Dixit asked the Chief Secretary to take action against the official who had issued such a "direction" which was in violation of the guidelines of Medical Council of India.

The order, passed yesterday, came on a petition filed by Ram Diwakar and others. The Chief Secretary has been directed to submit a report on the action taken in the matter on the next date of hearing on May 23.

The petitioners have alleged that the state's Director General, Medical Health and Training, had issued a circular on May 31 last on the basis of a government order dated 10.03.2017 wherein it was stated that students from other states shall not be allowed to take part in counselling for seeking admission to medical colleges in UP.

The petitioners have also alleged that in NEET exam, preference was being given to students of BHU and AMU and those from other institutions were being discriminated against.