India   All India  16 May 2017  Day of reckoning has arrived: Jaitley after raids on Lalu, Chidambaram
India, All India

Day of reckoning has arrived: Jaitley after raids on Lalu, Chidambaram

Jaitley said the CBI does not act unless there is ‘substantial basis and a reason to suspect’ that there is a tax evasion. 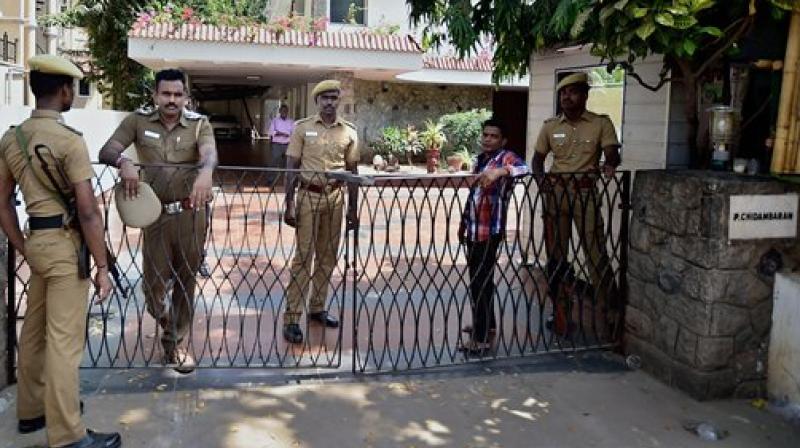 New Delhi: Finance Minister Arun Jaitley on Tuesday defended searches at the homes of his predecessor P Chidambaram and his son as also RJD chief Lalu Prasad, saying the day of reckoning has come for many and they will be held accountable for their misdeeds.

Jaitley said the tax department or the Central Bureau of Investigation (CBI) does not act unless there is a "substantial basis and a reason to suspect" that there is a tax evasion or a crime has been committed.

"Now people in high positions acquiring assets through shell companies is not a small matter and I think the day of reckoning has come for many, they will all be held accountable," the finance minister told reporters here.

He was asked about the opposition charge against the government of using CBI and I-T department to go after opposition leaders.

"Unless there is a substantial basis and a reason to suspect that either there is evasion or a crime has been committed, these departments don't act. Because ultimately whatever action that is taken has to bear some results," he said.

The CBI today searched the homes of Chidambaram and his son Karti in a probe into alleged criminal misconduct in giving approval in 2007 for the sale of stakes in INX Media Pvt Ltd to offshore entities.

Separately, the income tax department conducted raids and surveys on at least 22 locations in Delhi and adjoining areas on charges of alleged benami deals worth Rs 1,000 crore linked to RJD chief Lalu Prasad and others.