India   All India  16 May 2017  Criminals will be treated indiscriminately, political patronage won't be granted: Yogi Adityanath
India, All India

When asked about incidents of crime by BSP leader Lalji Verma, Yogi sought a year's time and said the minister too will feel the difference. 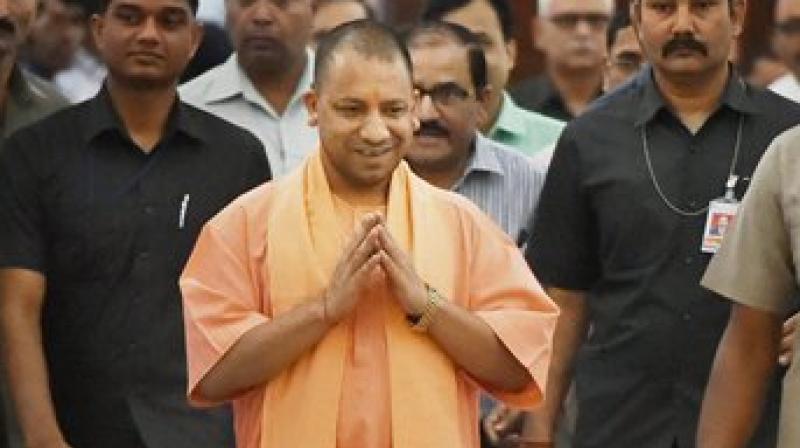 During the Question Hour on Tuesday, UP CM Adityanath claimed that everyone in the state knew that law and order has improved. (Photo: PTI)

Lucknow: No one will be allowed to commit crime under political patronage in Uttar Pradesh, Chief Minister Yogi Adityanath on Tuesday said.

"Everyone in the state knows that there is improvement in law and order," he said while replying to a question raised by SP member Nitin Agarwal during the Question Hour.

"No one will be allowed to commit crime under political patronage in the state and those committing crime will be treated as criminals. There will be no discrimination," he said.

On being asked by BSP Legislature Party leader Lalji Verma about number of incidents of murder, rape, dacoity and loot in the past two months, he said, "Give us one year. You might not accept here due to political reasons but you and your family must be feeling the change."

However, dissatisfied with the reply, the BSP members staged a walkout. SP Legislature Party leader Ram Govind Chowdhury, however, alleged that there was a spurt in the number of crimes after the BJP came to power.

"When a child has polio after birth it's difficult to treat," Chowdhury said, pointing to bad law and order after the BJP formed government. He was countered by Parliamentary Affairs Minister Suresh Kumar Khanna, who said that in the earlier regime it was not polio but the entire body was diseased and the present government would treat it.

Chowdhury, while appreciating Yogi for his efforts, alleged that his ministers were not giving correct replies to defame him and staged a walkout with the SP members.