Most wildlife offences are recorded as ‘undetected’ cases as the identity of the offenders remains unknown. 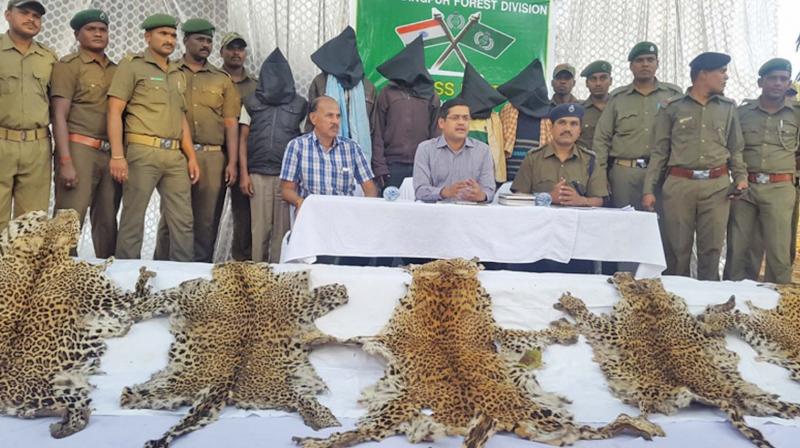 Bhubaneswar: The recent conviction of Salman Khan in the 1998 blackbuck poaching case by a Jodhpur court might have brought cheers to many wildlife lovers across the country.  But in Odisha, wildlife activists and animal lovers do not appear much excited about it as they find that the state is utterly failing to bring the wildlife offenders to the book. They want chief minister Naveen Patnaik to intervene and step up action against poachers.

Lack of conviction of offenders has spurred wildlife criminals to continue to decimate the state’s rich wildlife treasure. Poachers resume hunting after being released.

Sources said as many as 1,269 Asiatic elephants have been recorded dead in Odisha by the forest department in the last 26 years. It is seen that death rate has increased over the decades from an average of 33 per year (1990 to 2000) to an average of 73 per year (2010 to 2016). In most of the death cases, the pachyderms were killed by poachers for tusk.

Surprisingly, as wildlife activists put it, the forest department concealed many poaching cases are attributed the deaths to “unknown cause” or “disease”.

Biswajit Mohanty, secretary of Wildlife Society of Odisha, says most wildlife offences in the state are recorded as “undetected” (UD) cases as the department is clueless about the identity of offenders.

A UD case is converted into an “Offence Register” (OR) case once the identity of the accused is established after investigations. Due to incompetent investigations by untrained forest staff the registration of OR cases is extremely low and in most cases the culprits go unpunished.

“Even in cases where the accused are arrested after wildlife products are seized from them, many go scot-free due to weak prosecution caused by defective chargesheets. Most forest officers who depose as prosecution witness also are unable to stick to their eye witness accounts as recorded in the charge sheets thereby allowing the accused to be released,” says Mr Mohanty.

Poachers resume hunting after being released. Such instances have been observed in many cases in Narsinghpur Range of Athagarh forest division and that is the reason why the conviction rate is low as compared to seizures and arrests.

In December 2014, three leopard skins were seized near in Bangriposi and Similipal in Mayurbhanj district and seven poachers-cum-traders were caught with animal skins. In February 2017, all of them were acquitted by court as the forest department failed to provide the required evidences as there were procedural errors in the interrogation documents.

In May 2015, a man was caught red-handed with a leopard skin at Rangamatia under Similipal reserve forest and he admitted his crime. In January 2016, the accused was acquitted by a court in Baripada due to discrepancies in evidence of official witnesses. In another recent case, a person selling parakeets in Balipatna range of Khurda division was denied bail and sent to jail but in a case of star tortoise sale in Bhubaneswar, the accused got a bail immediately.

Principal chief conservator of forest S.C. Mishra said efforts were being made to for ensuring full-proof investigation of various poaching related cases to hand out  punishment to the culprits.

Bollywood superstar Salman Khan was sentenced to five years' jail by a court in Rajasthan in the 1998 blackbuck poaching case earlier this month. He was granted bail later. Odisha activists are all praise for Rajasthan authorities.

Dr Gourang Rout, awildlife activist, said, “Those who are caught under wildlife crimes are supposed to be jailed as per Wildlife (Protection) Act, 1972. No leniency should be shown to the wildlife offenders.”