In the absence of adequate increase in resource allocation it may be difficult to achieve the nutrition targets. 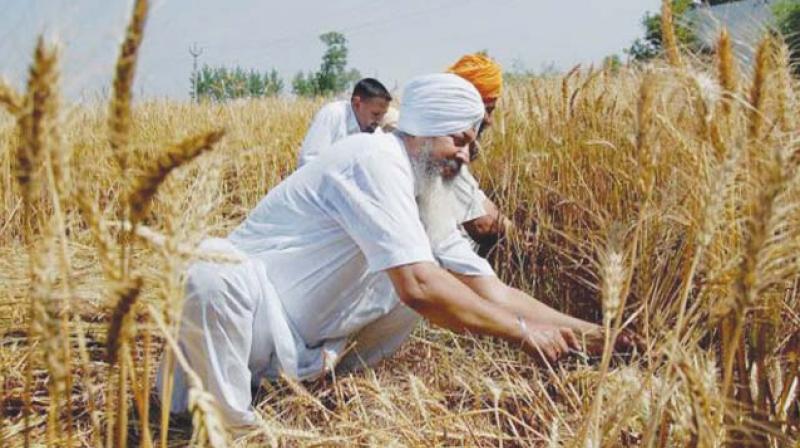 One can only hope that the necessary policy changes can come in time so that India can make good and steady progress on the path of getting closer to achieve SDGs in the context of food, nutrition, farming and rural livelihoods.

The Sustainable Development Goals (SDGs) of eliminating hunger and increasing farm productivity and income by 2030 are laudable, but several important changes will have to be made in a big way before India comes close to achieving these about 12 years from now. The necessity for significant policy changes becomes even more important if we keep in mind the additional requirement of SDGs that small producers must benefit, with special emphasis on women and indigenous people, that land and other natural resources base of weaker sections should be strengthened, and environment protection and sustainability with special emphasis on soil health should be promoted.

Most people who give priority to reducing hunger, malnutrition and poverty as well as protecting environment will agree strongly with this approach. It is clear that hunger can be reduced significantly only if plans for increasing food production are linked closely to using a base of small farmers for this purpose. This includes landless farm workers, who can be helped by land reforms and land redistribution, to emerge as small farmers. When food grows mainly on the fields of these sections that comprise almost 90 per cent of total farm households then there will be a close link between the increase in food production and productivity on the one hand and reduction of hunger and poverty on the other.

If the rights of the weakest sections on land and other natural resource base are neglected or violated, then any increase in farm production that takes place despite this, is unlikely to be linked to reduction of poverty and hunger. Several studies have shown that even in terms of increase in productivity, a base comprising small family farms is most appropriate. When we bring in additional factors like sustainability, eco-friendly farming, nurturing the fertility of land and protecting soil health, again small landholders with their painstaking personal care are more capable of this.

Although all this is supported by studies in various parts of the world, often farm policies in India as well as other developing countries have ignored this. Official data tells us that from 1951-52 to 1967-68 when very low levels of chemical fertilisers were being used, the average annual increase of yield per hectare for rice, wheat and maize were higher compared to the 1968-69 to 1980-81 period when the use of chemical fertilisers and pesticides had increased greatly. Despite this the government has persistently supported and subsidised a farm production strategy based on excessive use of chemical fertilisers and pesticides ignoring the high and increasing health and environmental hazards associated with this as well as the heavy economic burden imposed by these expensive inputs on farmers.

The support for organic farming is very limited. Although the government has started a special scheme called Paramparagat Krishi Vikas Yojana to promote this, unfortunately, its already meagre budgetary allocations in the previous two financial years were cut badly when the revised estimates were presented. The availability of seeds, which are suitable for organic farming, is very limited. The insistence on expensive certification procedures is another hurdle. While small good initiatives are taken to overcome some of these problems, their reach at present is very limited. Women farmers are more supportive of eco-friendly practices, but their decision-making role is limited in many places. Hence there can be serious problems in achieving the objective of sustainable, eco-friendly farm production methods and these problems can increase manifold and in irreversible ways if the use of genetically modified (GM) crops is increased further.

Regarding the objective of helping and promoting weaker sections in food production, there has been a big setback on land reform programme particularly its land redistribution component has been abandoned almost entirely by the government in recent years. While outside forces are taking over more and more farmland, the possibilities of the landless gaining access to even small plots of farmland is receding further. While some efforts were made to protect tribal land rights, their success has been far short of expectations. On the other hand due to official support for large-scale land acquisition for industrial and infrastructure projects, many small and medium farmers are losing their land at a faster pace than ever before. The availability of fertile and good quality land with good irrigation prospects is also adversely affected. Hence farm production has moved away from sustainability and rights of weaker sections in some important respect and policy changes need correction before it is too late.

The government has taken a significant initiative by starting the National Nutrition Mission in 2017. Ambitious targets have been set for the next three years. This mission aims to reduce the number of underweight children in the age group 0-6 by six per cent in the next three years and lower it to 25 per cent by 2022. Another specific aim is that anemia among women (15-49 years age group) and children (6 to 59 months age group) should be reduced by three per cent per annum during this period. When we compare this with what was achieved in the past we find that the reduction of underweight children during 2005 to 2015 was only at the rate of 0.68 per cent per year. So if we want to achieve more, a big increase in resource allocation for nutrition is also needed. But such a significant increase is not visible yet. In the absence of adequate increase in resource allocation it may be difficult to achieve the nutrition targets. Merely setting ambitious targets is not adequate. These have to be backed by adequate and matching resources.

Clearly we have to make important policy changes and improve resource allocation in order to realise the SDGs relating to elimination of hunger and significant sustainable improvements in rural livelihoods using eco-friendly methods. This becomes all the more important at a time when difficulties increase and several new uncertainties arise in terms of climate change and related changes. Although the adverse impact of climate change on farming and other rural livelihoods is widely recognised, and the worsening of floods and droughts has been noticed at several places in recent times, this again has not led to allocation of adequate resources. The budget allocation for National Adaptation Plan, which was a paltry Rs 110-crore last year, has not increased at all this year. Similar is the case of the Climate Change Action Plan.

One can only hope that the necessary policy changes can come in time so that India can make good and steady progress on the path of getting closer to achieve SDGs in the context of food, nutrition, farming and rural livelihoods. Keeping in view the sheer size of India’s population, including its rural people and farmers, the progress of India in this context will be keenly watched all over the world.