Although mental illness is experienced by a significant portion of the population, it is still seen as a taboo. 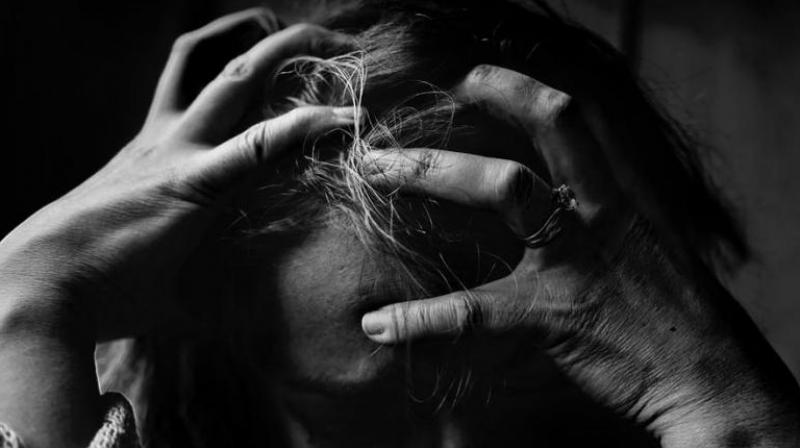 Among the many challenges India faces, the most overlooked is the ongoing mental health crisis. Mental illness is actually India’s ticking bomb. In his recent address at the 22nd convocation of the National Institute of Mental Health and Neurosciences (NIMHANS), President Ram Nath Kovind stated that India has been facing a possible “mental health epidemic”. In his address, he said that “the number of affected in India is larger than the entire population of Japan. We need to address this gap and ensure that by 2022 at least those who are suffering from severe mental disorders have been diagnosed and have access to treatment facilities. Let us take it up as a national mission.”

The importance of emotional and mental health in the overall well-being of an individual and its impact on the national economy and growth is being increasingly acknowledged. At present, the mentally-ill account for nearly 6.5 per cent of the country’s population and it is estimated that by 2020 this number will increase to a staggering 20 per cent. Further, the World Health Organisation  estimates that nearly 56 million Indians, that is, 4.5 per cent of India’s population, suffer from depression. Another 38 million Indians, or 3 per cent of India’s population, suffer from anxiety disorders, including panic attacks, phobias, post-traumatic stress disorder (PTSD) and obsessive-compulsive disorder (OCD).

The pathetic state of mental healthcare in the country coupled with government’s apathy is a cause of great concern. A plausible reason is the sheer scale of the problem. Hence, nobody wants to discuss the elephant in the room. However, the nation cannot afford to ignore the stark reality. There are only about 43 mental hospitals in the country, and most of them are in disarray. Six states, mainly in the northern and eastern regions with a combined population of 56 million people, do not have a single mental hospital. Most government-run mental hospitals lack essential infrastructure, treatment facilities and have a sickening ambience. Visiting private clinics and sustaining the treatment, which is usually a long, drawn-out affair, is an expensive proposition for most families.

According to a ministry of health and family welfare report, India faces a treatment gap of 50-70 per cent for mental healthcare. The government data highlights the dismal number of mental healthcare professionals in India; 3,800 psychiatrists and just 898 clinical psychologists. A large number of them are situated in urban areas. The WHO reports that there are only three psychiatrists per million people in India, while in other Commonwealth countries, the ratio is 5.6 psychiatrists for the same. By this estimate, India is short of 66,200 psychiatrists.

Mental healthcare accounts for 0.16 per cent of the total Union health budget, which is less than that of Bangladesh, which spends 0.44 per cent. A developed nation’s expenditure on the same amounts to an average of 4 per cent. India must find better ways to parlay its impressive economic growth into faster progress in this critical area as maintaining an ignorant stance on the issue will not help in its resolve.

The National Mental Health Survey of 2015-16, conducted by the NIMHANS, estimates that 13.7 per cent of the Indian population above the age of 18 suffers from mental morbidity, requiring active intervention. It also suggests that one in every 20 Indians suffers from depression and nearly 1 per cent of Indians suffer from high suicidal risks. A survey conducted by the All India Institute of Medical Sciences (AIIMS) in collaboration with WHO across 11 centres in the country, involving 3,000 people from each city found that 95 per cent of those with mental-health problems remain deprived of treatment due to stigma, shame and getting shunned from societies. Three age groups are particularly vulnerable to depression: pregnant or post-partum women, the youth and the elderly.

With resources tight an effective method for successfully tackling mental illness is a major expansion of online psychiatric resources such as virtual clinics and Web-based psychotherapies. The economic consequences of poor mental health are quite significant. The cognitive symptoms of depression like difficulties in concentrating, making decisions and remembering cause significant impairment in work function and productivity. A World Economic Forum-Harvard School of Public Health study estimated that the cumulative global impact of mental disorders in terms of lost economic output will amount to $16.3 trillion between 2011 and 2030. In India, mental illness is estimated to cost $1.03 trillion (22 per cent of the economic output) during 2012-2030. Estimates suggest that by 2025, 38.1 million years of healthy life will be lost to mental illness in India (23 per cent increase).

The fact is that poor mental health is just as bad as or maybe even worse than any kind of physical injury. Left untreated, it can lead to debilitating, life-altering conditions. Medical science has progressed enough to be able to cure, or at least control, nearly all of the mental-health problems with a combination of drugs, therapy and community support. Individuals can lead fulfilling and productive lives while performing day-to-day activities such as going to school, raising a family and pursuing a career.

Although mental illness is experienced by a significant portion of the population, it is still seen as a taboo. Depression is so deeply stigmatised that people adopt enforced silence and social isolation. In villages, there are dreadful, recorded cases of patients being locked up in homes during the day, being tied to trees or even being flogged to exorcise evil spirits. In some cultures, family honour is so paramount that the notion of seeking psychiatric help more regularly is considered to be anathema to them. Recognition and acknowledgement, rather than denial and ignorance are the need of the hour.

Many a time, mental-health problems are either looked down upon or trivialised. These man-made barriers deprive people of their dignity. We need to shift the paradigm of how we view and address mental illness at a systemic level. Tragically, support networks for the mentally ill are woefully inadequate. There is an urgent need for an ambience of empathy, awareness and acceptance of these people so that prejudices dissipate and patients are able to overcome the stigma and shame.

There have been some encouraging innovations in India, led by voluntary organisations that are both impactful and replicable. Dr Vikram Patel, who is a professor at the London School of Hygiene and Tropical Medicine and co-founder of the Goa-based mental health research non-profit “Sangath”, has been at the forefront of community mental health programmes in central India.

It deploys health workers, some with no background in mental health. These workers are trained to raise mental health awareness and provide “psychological first-aid”. Since they are drawn from the same community, they are able to empathise with patients. The next stage consists of mental health professionals. The programme uses primary health centres for screening people with mental illnesses.

According to Dr Patel, mental-health support workers can be trained at a modest cost. Given the limited availability of mental-health professionals, such first-aid approaches can be suitably and successfully adapted to community needs with limited resources. The senior therapists can be given basic training in general medicine, psychology, psychiatry, psychopharmacology, social work and patient management.

Community mental-health services can offer a mix of clinical, psychological and social services to people with severe, moderate and mild mental illnesses. Also, counselling can make a profound difference and build resilience to cope with despair. Providing psychoeducation to the patients’ families can also help. Unfortunately, in recent decades, academic psychologists have largely forsaken psychoanalysis and made themselves over as biologists. There is need for strengthening the cadre of behavioural health therapists.

With simple yet effective steps, we can turn the situation around and harbour a more accommodating environment for the differently-abled.