He, however, did not elaborate on the lapse last week when an Indian missile got released 'accidentally' and landed in Pakistan's territory 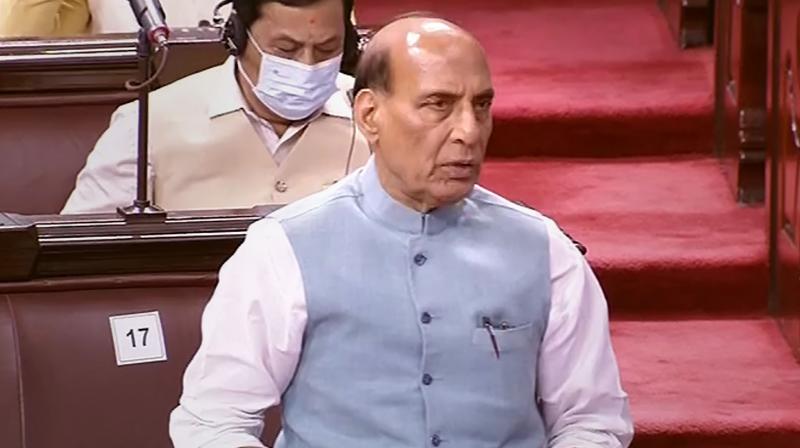 New Delhi: Union defence minister Rajnath Singh assured Parliament on Tuesday that India's missile system is reliable and safe and that all safety procedures and protocols are followed and reviewed regularly. Making a statement in both Houses of Parliament over the accidental firing of a missile that landed in Pakistan, Mr Singh added that standard operating procedures (SOPs) for “operations, maintenance, and inspection” of such systems were being reviewed. He, however, did not elaborate on the lapse last week when an Indian missile got released "accidentally" and landed in Pakistan's territory.

"During routine maintenance and inspection, a missile was accidentally released at around 7 pm (on March, 9, 2022). It was later learnt that the missile had landed inside the territory of Pakistan," Mr Singh said in the Parliament. He said that while this incident is regretted, "we are relieved that nobody was hurt due to the accident."

Mr Singh asserted that the government has taken serious note of the incident. "A formal high-level inquiry has been ordered. The inquiry would determine the exact cause of the said accident," he said.

The defence minister assured the Parliament that the government attaches highest priority to safety and security of the weapon systems. But Mr Singh did not explain why India did not

"I would also like to state that a review of the Standard Operating Procedures for operations, maintenance and inspections is being conducted in the wake of this incident," said Mr Singh. If any shortcoming is found, the same would be immediately rectified, he said.

"I can assure the House that the missile system is very reliable and safe. Moreover, our safety procedures and protocols are of the highest order and are reviewed from time to time," he said.

Mr Singh said that Indian Armed Forces are well-trained and disciplined and are well experienced in handling such systems.

Last week India had admitted that during routine maintenance a technical malfunction led to the accidental firing of a missile which landed 124 kilometres inside Pakistan.

The accidental firing of unarmed BrahMos missile from an Indian Air force base had raised concern as both countries are nuclear armed.

Pakistan military in a press conference had claimed that an unarmed Indian supersonic missile, travelled at a speed of Mach 3.0 had intruded 124 kilometres into Pakistani territory in three minutes and 44 seconds and hit a private property near Mian Channu.