These MLAs, including six ministers, have already resigned from the membership and there is no point in coming back at this point 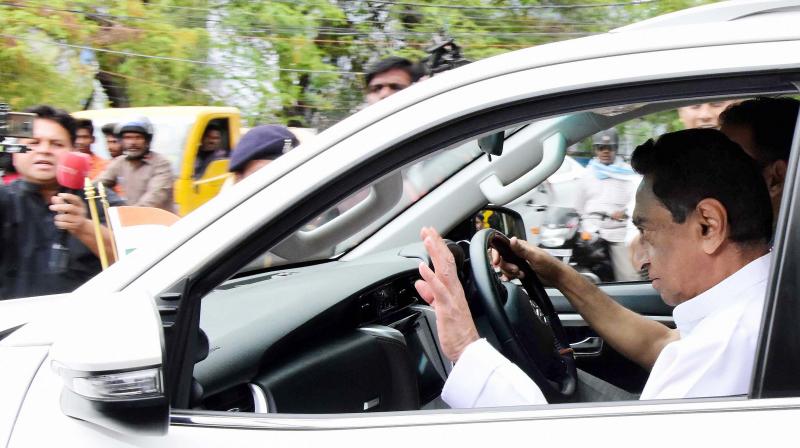 Bhopal: Uncertainty looms over holding of a floor test in the Madhya Pradesh Legislative Assembly on Monday with sources in the Jyotiraditya Scindia camp claiming that the 22 MLAs of the Congress who had resigned last week might not be coming to Bhopal.

Governor Lalji Tandon had on Saturday night directed Chief Minister Kamal Nath to seek a trust vote in the House immediately after he delivers his customary address on the first day of the Budget session beginning Monday.

Nath, who met the Governor on Sunday late night, said that the decision on a floor test will be taken by the Speaker.

The 22 MLAs of the Congress who had resigned might not return to Bhopal on Monday from Bengaluru where they are camping, sources close to BJP leader Jyotiraditya Scindia, whose rebellion from the Congress had triggered a political crisis in the state, said on Monday morning.

These MLAs, including six ministers, have already resigned from the membership of the Assembly and there is no point in coming back at this point, they said.

Of the 22 MLAs, at least 19 MLAs had e-mailed their resignation letters to the governor from Bengaluru on March 10.

Speaker NP Prajapati had accepted resignations of six of the 22 MLAs. He, however, remained non-committal on holding a floor test.

Interestingly, holding of a floor test found no mention in the List of Business (LoB) issued by the state Assembly secretariat on Sunday night.

The LoB mentioned only about the Governor's customary address on the first day of the Budget session and the motion of thanks.

Referring to this, BJP national vice president Shivraj Singh Chouhan said, "Kamal Nath has very innocently said that it is the job of the speaker to conduct floor test, while the fact is that it is the government which decides the business of the House".

"The governor had ordered the chief minister to seek the trust vote after his customary address. Tandon has written the letter to you (Nath) and not to the Speaker," he told reporters on Sunday late night.

Chouhan said that with the resignations of 22 MLAs, the Nath government was reduced to a minority.

"The government must table a proposal for holding a floor test in the House and the speaker should ensure that it will be conducted," the former chief minister demanded.

On Sunday late night, MLAs of the BJP returned to Bhopal from Manesar in Haryana. The MLAs of the Congress had also returned from Jaipur.