389 Indians have been brought back home so far 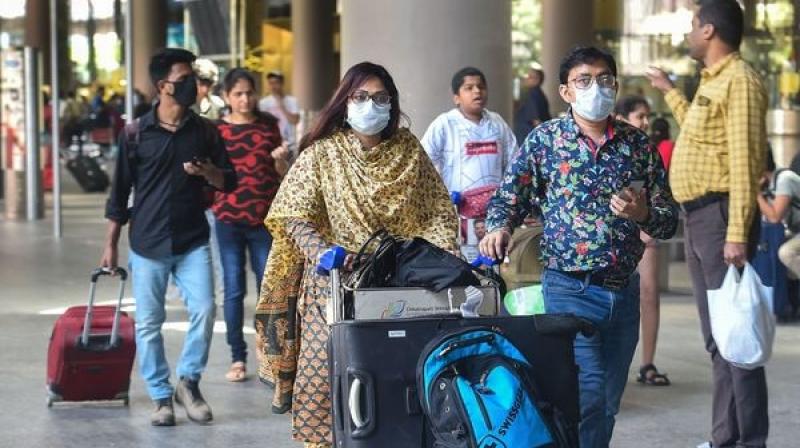 New Delhi/Jaisalmer: An Air India flight with 53 Indians evacuated from coronavirus-hit Iran landed in New Delhi on Monday and the passengers were flown to Jaisalmer where they have been quarantined at the Army Wellness Centre.

This is the fourth batch of Indians to be evacuated from Iran, taking the total number of people brought back from the coronavirus-hit country to 389.

On Sunday, over 230 Indians were brought back from Iran and quarantined at the Indian Army Wellness Centre in Jaisalmer.

"Fourth batch of 53 Indians - 52 students and a teacher - has arrived from Tehran and Shiraz, Iran. With this, a total of 389 Indians have returned to India from Iran. Thank the efforts of the team @India_in_Iran and Iranian authorities," External Affairs minister S Jaishankar tweeted.

The Indians came in a Mahan Air flight that landed at the Delhi airport at around 3 am, officials said, adding, that they were later taken to Jaisalmer in an Air India flight and quarantined.

Defence spokesperson Col Sombit Ghosh said, "Preliminary screening of the persons was undertaken at the airport upon arrival. Thereafter, they were moved to the Army Wellness Centre at Jaisalmer."

The first batch of 58 Indian pilgrims were brought back from Iran last Tuesday and the second group of 44 Indian pilgrim arrived from there on Friday.

Iran is one of the worst-affected countries by the coronavirus outbreak and the government has been working to bring back Indians stranded there. Over 700 people have died from the disease in Iran and nearly 14,000 cases have been detected.

Jaishankar had told Rajya Sabha last week that the government was focusing on evacuating Indians stranded in Iran and Italy as these countries are facing an "extreme situation".