Vaidya sais that People of India are not asking for proof of the Balakot airstrike. 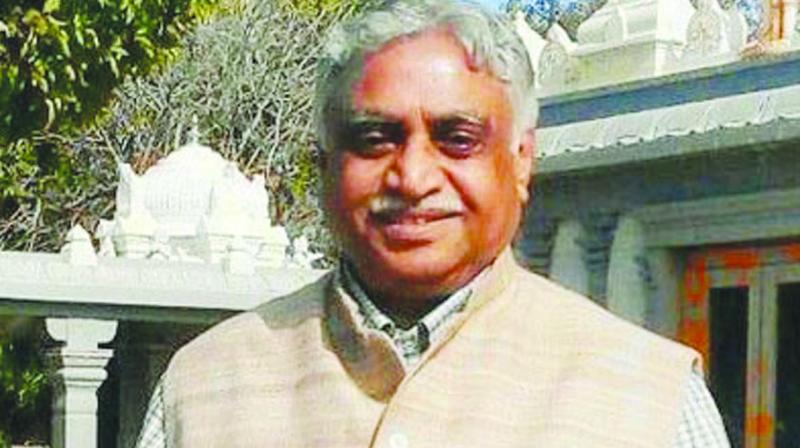 “National security is above all. The people of India have faith in the leadership,” said the Sah Sarkaryavah (Joint General Secretary) of the Rashtriya Swayamsevak Sangh (RSS) Dr Manmohan Vaidya in a telephonic interview with this newspaper.

Prior to his appointment as Sah Sarkaryavah in March 2018, Dr Vaidya was the Akhil Bharatiya Prachar Pramukh (communication incharge) of the RSS. Here are excerpts.

What should be the national agenda for the upcoming Lok Sabha elections?
Sangh does not decide the election issues. It is the people who decide them. Sangh only believes in working among people. So ensuring maximum voting as a democratic duty is our agenda for the coming election. There should be 100 per cent voting in the Parliament elections. We all should rise above differences of religion, caste and local issues and think together as a nation about the national issues while choosing the party and candidate during voting.

Two critical issues; of national security and youth employment are being raised by the BJP and the Congress in their election campaigns. Which of the two according to you should be given precedence?
Are security and development exclusive to each other? If you are secured then only you can ensure development and jobs. Now after Pulwama terror attack, security is certainly a priority for the common people. For the RSS whether security or economy, “Nation First” is the approach.

RSS has always supported the policy of ‘Nation First’ and has upheld the rule of law even, when there was no NDA government at the Centre. Why is it being branded as divisive and the custodian of Right wing ideology? Why doesn’t the RSS proactively engage in changing the emerging narrative in the face of rising vigilantism?
You should ask people, who are branding the RSS as divisive. These are the very people that are bent upon polarising society on the lines of religion and caste. Some political parties do not want people to be united for their political agenda.

The Sangh works tirelessly to unite the people and believes in one united society with all diversities. Our diversity should not be a cause of differences.

Do you think that the government should give the proof of Balakot air strike?
People of India are not asking for proof of the Balakot airstrike. Those who are asking for it have vested interests behind this. National security should not be compromised. People have faith in the (Central) leadership.