Banerjee condemned the attack and asserted that if Pakistan is involved in it then strong action should be taken against it. 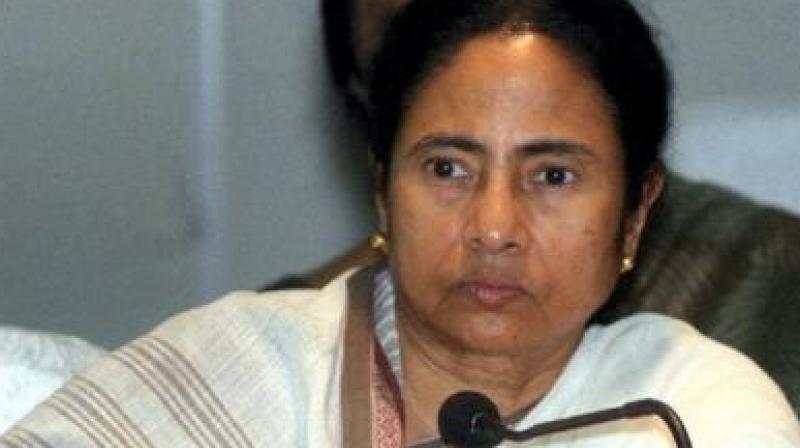 Banerjee said, ' it is an intelligence failure. Why were so many vans going together when there is a security threat?' (Photo: File)

Howrah: West Bengal chief minister Mamata Banerjee on Friday hit out at the intelligence department as she expressed her grief over the demise of 40 CRPF personnel in Pulwama terror attack on Thursday.

Addressing the media, she said: “People are asking what was NSA and intelligence doing? This is an intelligence failure. Why were so many vans going together when there is a security threat?”

Banerjee condemned the attack and asserted that if Pakistan is involved in it then strong action should be taken against it.

“We condemn any terror attack. I don’t want to discuss foreign affairs. But if Pakistan has done something, strong action should be taken,” she added.

Elaborating upon the measures taken by her government to help the families of the deceased security personnel she stated, “I spoke to one of the two family members of the deceased personnel and also sent my ministers to their house. We will give them necessary support for employment.”

Around 40 Central Reserve Police Force (CRPF) personnel were killed after a suicide bomber attacked a CRPF convoy in Jammu and Kashmir’s Pulwama district with a vehicle laden with explosives.

JeM, a Pakistan-based terrorist group, has claimed the responsibility for the attack which left the bus extensively damaged.