As many as 40 CRPF personnel were killed after a suicide bomber attacked a CRPF convoy in Pulwama. 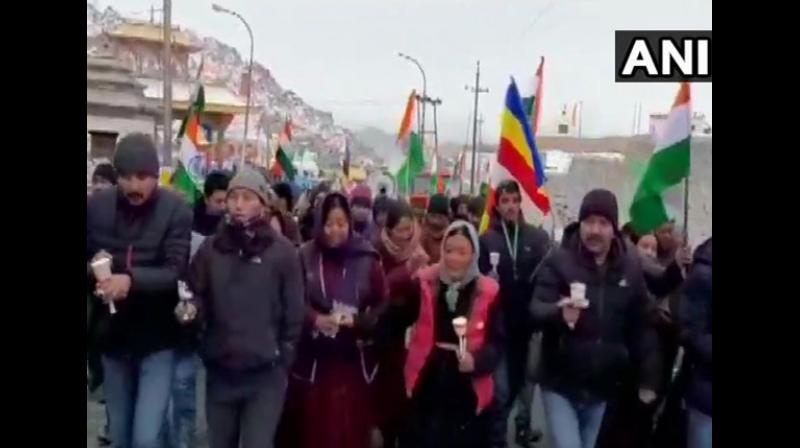 Leh: Ladakh Buddhist Association on Friday took out a candlelight march in Leh as a mark of protest against the ghastly Pulwama terror attack.

"We feel ashamed of being a part of Kashmir that supports terrorist activities. Ladakhis are peace-loving and patriotic people," said Ladakh Buddhist Association President Tsewang Thinles.

As many as 40 Central Reserve Police Force (CRPF) personnel were killed after a suicide bomber attacked a CRPF convoy in Jammu and Kashmir's Pulwama district with a vehicle laden with explosives on Thursday.

The convoy comprised of 78 buses in which around 2,500 personnel were travelling from Jammu to Srinagar - the slain personnel were in a bus which had 42 CRPF men on board.

Jaish-e-Mohammad, a Pakistan-based terrorist group, claimed responsibility for the attack which left the bus extensively damaged in the blast and ensuing gunfire on the vehicle.