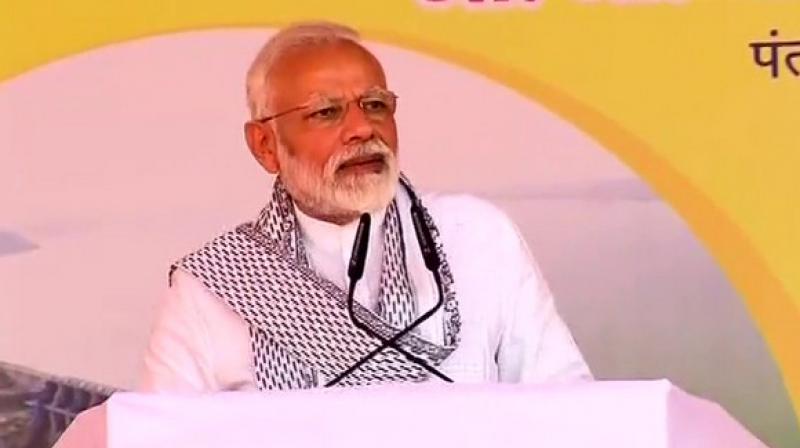 Dhule: Lauding security forces for their dedication in serving the nation, Prime Minister Narendra Modi on Saturday said the entire nation is mourning the killing of CRPF jawans, who lost their lives in Pulwama terror attack.

“All tears will be answered,” Prime Minister Modi said while addressing a rally here. “Today, I have come here at a time when the entire nation is angry over the terrorist attack on our jawans in Pulwama. On one side the country is angry, on the other, all eyes are numb,” he said.

“Even Maharashtra has lost a few of its children...Our soldiers have selflessly worked for the nation. This is the time for being restraint and mourning. But I want to assure all the families of slain soldiers that all their tears will be answered,” said Prime Minister Modi.

“India is a country of new customs and new policies. The world is experiencing this. Our security forces do not forgive any culprit. This has been the policy of India that we do not tease anybody. But I want to make it clear that we don't forgive anyone also if someone tries to tease us,” he said.

In the deadliest attack on security forces in Kashmir, over 40 CRPF personnel were killed on Thursday when their convoy was targeted by a suicide bomber of Pakistan-backed Jaish-e-Mohammad (JeM) in Pulwama district on Srinagar-Jammu national highway.

The convoy of 78 buses, in which around 2,500 CRPF personnel were travelling from Jammu to Srinagar, came under the terror attack at around 3.15 pm at Ladhu Modi Lethpora.