India   All India  16 Feb 2019  'Pakistan is nursery of terrorism, time to answer back': Badal on Pulwama attack
India, All India

'Pakistan is nursery of terrorism, time to answer back': Badal on Pulwama attack

Nothing can happen in Pakistan without the permission of army and ISI, said Sukhbir Singh Badal. 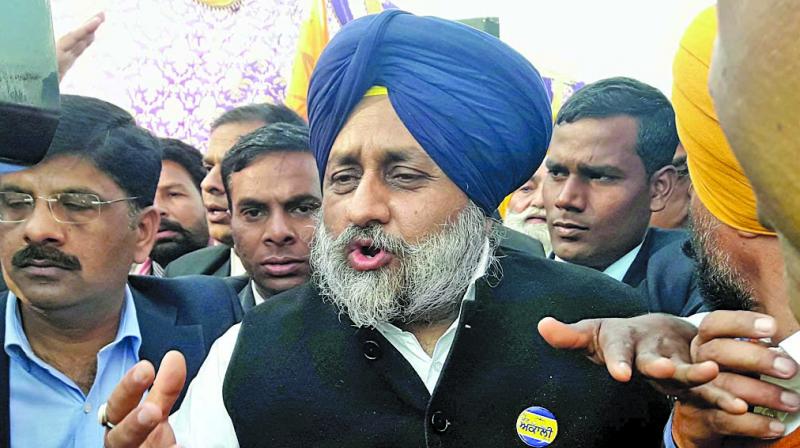 Speaking to media persons, Badal said, “It is a very tragic incident and we have lost so many brave soldiers. This is a direct attack on the country and it is high time to answer back to Pakistan. Pakistan thinks that they are fighting against India in disguise through terrorist organisations, but the whole world clearly knows that it is Pakistan which is the nursery of terrorism. Pakistan government and ISI do the entire planning. They provide arms and ammunition to these terrorist groups. The government of India can no more wait and as much as I know, Prime Minister Modi is very clear and decisive and will definitely do something now.”

He also criticised Congress leader and Punjab minister Navjot Singh Sidhu for his statement on the Pulwama terror attack and accused him of preferring his "friends" over the nation.

“Navjot Singh Sidhu should be ashamed and he should decide who his friends are and who his enemies are. I am shocked at Sidhu's statement. He prefers his friends over his nation. Nothing can happen in Pakistan without the permission of army and ISI,” said Badal.

As the mortal remains of CRPF personnel killed in Pulwama are being taken to their native regions, politicians cutting across party lines and scores of common citizens are pouring in to pay their last respects to the deceased personnel.

Massive anger has erupted across the nation over the ghastly attack in Jammu and Kashmir's Pulwama that claimed the lives of 40 CRPF jawans.